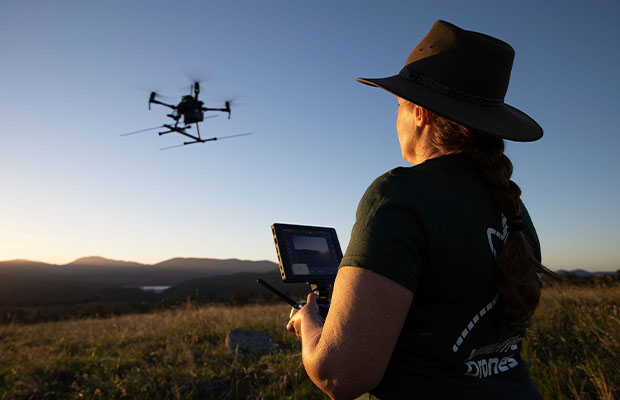 Are you thinking about pursuing a career as a drone pilot? If so, knowing the drone pilot salary is crucial.

According to published data, drone pilots make an average of about $80,000 per year. The truth is that salaries for drone pilots can differ significantly depending on the company, the position, and the pilot’s skill set.

To learn more about how much drone pilots are paid, continue reading.

Before we look at the highest-paying positions for drone pilots, it’s important to talk about some of the variables that can affect their pay, such as where and how they choose to work. Drone operators are free to choose how they want to work. Here are the possible paths and what they entail:

Related Reading: How to Become a Drone Pilot?

How Much Money Do Drone Pilots Make?

We looked into the pay for UAV pilots and discovered some interesting information.

Having said that, let’s examine drone pilot salaries across industries.

How Much Money Do Freelance Drone Pilots Make?

Though there are many variables at play, it can be difficult to answer the question of how much freelancers who fly drones earn. Nevertheless, we will discuss some statistics that, in my opinion, will help you understand the situation.

Flying drones for businesses, independent drone pilots can expect to make $150 per hour on average. Some of them earn significantly more than $450 per hour in certain professions, such as filmmaking and quality control.

The quick and simple response is that. However, the situation is more intricate than that.

A lot of people (usually drone instructors) will tell you that it’s definitely possible to fly drones as a freelancer and make well over $100k doing it, and while it’s possible, it’s not the whole story…

Pilots with a particular set of skills suited to their industry are typically the ones who make that much money flying drones.

The story of Andrew Dean comes to mind to highlight how essential learning other skills besides drone flying is to landing well-paying freelance jobs.

After quitting his job in the U.S., Andrew was employed as a waiter. He spent money on drone gear and a thermography certification course five years ago to expand his skill set before joining the Air Force. The drone operator from Colorado is expected to make over $200,000 this year.

Andrew spent $1,995 and 5 months to earn his thermography certification. He also invested more time and money to learn 3D mapping software. He is now making six figures with his drone business, so it was worthwhile.

Salaries for independent drone pilots range from $35 to $150 per hour, with a median pay rate of $85 per hour. In contrast, drone pilots who work full-time earn an hourly wage of between $85 and $125 on average, with the median wage being $95.

What Does It Take To Command A High Salary?

Do you think flying drones as a job would be something you’d enjoy? Being a UAV pilot can be a rewarding career path if you have the right certification and training. But there are other factors that come into play when you compete for these high-paying jobs, which include:

As you can see from the high-paying positions we mentioned, drone pilots can anticipate not only to make a competitive salary but also to have plentiful opportunities for well-paying employment in the years to come. In fact, according to some data, the drone industry could add 100,000 new jobs over the next ten years. Will you be one of the drone industry’s upcoming pilots?

The need for drone operators is growing along with the popularity of drones. Can a drone operator, however, support themselves? The short answer is yes, but it depends on a number of variables, such as your level of experience, the industry you work in, and whether you’re a full-time employee or a freelancer.

Drone pilots are reportedly paid a minimum of $20 per hour, according to ZipRecruiter. Therefore, the starting salary for a drone pilot is $42,000 per year. But many drone pilots earn significantly more. An hourly rate of $82 is the upper limit of the average drone operator’s salary, which comes to $171,500. The solution is fairly clear-cut. A job as a drone pilot can undoubtedly provide for your needs.

700 commercial drone operators in the US were surveyed by Airstoc. The average hourly rate for freelancers is $150, but the highest-paid individuals can make up to $500.

For GIS professionals, drone surveying has enormous potential. With a drone, topographic surveys can be completed quickly and with the same level of quality as those obtained through more conventional means. The cost of a site survey and the workload for field professionals are both significantly reduced as a result.

The multiple listing service (MLS) reports that properties with drone photos are up to 68 percent more likely to sell than those without.

Buyers can get a better sense of the property’s appearance, dimensions, and surroundings with the help of aerial images.

Real estate photographers earn an hourly wage of $51 and an average salary of $107,500.

As a drone pilot instructor, you impart knowledge on unmanned flight theory and practice to those who are eager to learn and advance their flying and practical operational skills. You also provide students with industry-leading training and mentoring.

In order to achieve both the extensive coverage of remote sensors and the high levels of detail and accuracy of ground inspection and monitoring at an affordable price, an unmanned aerial vehicle (UAV) based monitoring system is developed.

In contrast to high-altitude systems in satellites or aircraft, the UAV resembles a helicopter and has all of the measurement equipment installed underneath it to collect thorough data from low altitudes. Despite the fact that the survey is conducted from the air, its resolution and accuracy are on par with those of ground surveying and monitoring.

The drone operator in this position can anticipate earning $100,600 annually and $48 per hour.

UAVs, which are used by emergency services like firefighters, disaster response, or rescue teams, are drones used in search and rescue operations. Following natural disasters like earthquakes or hurricanes, UAVs are useful in providing real-time visual data and information. Additionally, they have evolved into a priceless resource for aiding in the search for the lost and missing.

Drones are now being used by businesses for a range of tasks, such as package delivery, building and infrastructure inspections, livestock and crop monitoring, surveying disaster-damaged areas, and more.
Drone businesses are able to offer their customers a valuable service while being highly profitable with the right strategy. Therefore, it is crucial to do your research before starting a drone-based business.

Are Drone Pilots In Demand?

Over the next five years, Research and Markets forecasts a 51.1% growth rate. Over the next eight years, companies like advertising agencies, security companies, and construction firms are anticipated to spend more than $16 billion on drones.
Currently, drones are not fully automated. Certain operations and carrying out particular tasks still require human supervision. Not to mention that the FAA regulations for flying drones currently require that there always be a pilot in control of the drone at all times, and that will likely continue for the foreseeable future.

What Is the Future of Drone Operator Salary?

Pilots of drones have a promising future. Drone pilots will have more opportunities to work for well-paying companies as the industry is predicted to grow rapidly in the upcoming years. According to some projections, the drone industry could generate 100,000 new jobs over the next ten years.

Therefore, if you’ve been considering becoming a drone pilot, this is the ideal time to do so. There is no upper limit to how much you can make as a drone operator with the appropriate training and certification!

Drone pilots are clearly well-positioned to succeed in the modern economy as more industries make investments in drones. So why not think about working as a drone operator?

We’ve discussed the likelihood of earning a living as a drone pilot, the average pay for drone pilots, and the status of drone pilot freelancing.

This article has already covered a lot of ground, and we’ve seen a lot of statistics. In conclusion, I believe that flying drones and other unmanned aerial vehicles is a career that is becoming more and more appealing, and there will be more and more opportunities in this field.

You May Also Like: When Was The First Drone Made? 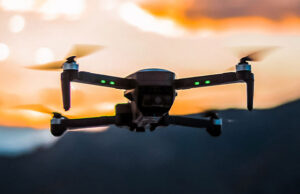 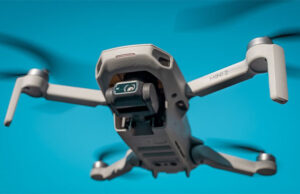