Have you wondered how much does a military drone cost? The price of a military drone might be as low as $700,000. Greater and more advanced unmanned aerial systems could cost anywhere between $1 million and $25 million.

In the military, drones are very useful. Despite having power and technology that are extremely advanced, they are quite expensive.

The cost of a drone depends on its technological capabilities and the amount of money invested during its development.

Continue reading to find out more about the price of a military drone and the various careers available in the drone industry.

Drones are used by the military and intelligence agencies to conduct reconnaissance during firefights, gather intelligence on enemy activity, and locate the missing. The MQ-1 Predator is the most widely used unmanned aircraft system in contemporary warfare, claims Britannica.

Military drones are essential for covert operations requiring aerial reconnaissance and for providing crucial air support during actual combat. Because they thwarted terrorist plots, UAS, according to the U.S. Air Force, were crucial to both operations.

Read More: What Do Police Drones Look Like At Night?

How Much Does a Military Drone Cost?

The price of a General Atomics MQ-1 Predator is around $40 million, as reported by Despite its high ownership costs, the Predator has proven to be a crucial piece of military equipment for American operations in Afghanistan and Iraq.

MQ-1 Predator production is carried out by General Atomics. CIA pilots used the MQ-1 Predator to conduct military surveillance. When the drone’s design and development flaws were fixed in 1995, it was first put into service at that time.

There must be at least 55 people on the control crew to operate the Predator, including a pilot and sensor operators. The Predator Primary Satellite Link is a means of communication between the control crew and the aircraft. The Predator can land and take off even with a small amount of runway space available thanks to its triangular retractable landing mechanism.

These are super small, “insect-sized” drones that you often see in blockbuster movies. Despite being tiny in size, these drones are fully equipped with high-tech cameras for surveillance, and can usually send image data back to their terminals digitally.

They are light and small (though not quite as tiny as micro- and nano-drones). They can be carried by soldiers in pockets to be tossed up into the air. An example is the FULMAR. A maximum distance of 90 kilometers can be covered during its 12-hour flight time. Another example is the Raven, which can cost more than $35,000 per unit; it looks like this:

Heron is this type of drone. It is used for reconnaissance by the United States, Canada, Australia, Turkey, Morocco, and India. 1 About $140 million was spent on the Heron and 1 ground station.

In particular among the U.S. Armed Forces, these are the drones that are more well-known. They are controlled by pilots on the ground via a satellite connection. Usually equipped with weapons, these drones carry out extralegal killing missions.

The Global Hawk, which is used to monitor conflict areas and can fly as high as 18,000 meters, is a well-known example. However, rather than engaging in combat, the Global Hawk monitors phone calls for signals.

Interesting fact: The $220 million Global Hawk missile that nearly started a war with Iran in 2019 was purchased.

In order to assist the American armed forces, reaper drones are equipped to carry laser-guided bombs and other kinds of air-to-surface missiles. They can fly for over a thousand miles and operate non-stop for 14 hours. Reapers are also used by the air forces of the UK, Netherlands, France, and Spain. An average Reaper costs $32 million.

The Benefits of Utilizing Military Drones

By the year 2027, the global market for military drones is anticipated to reach $23.78 billion, according to data from Globe Newswire. But given how expensive they are, why do armies keep using them? The following is a list of “agreed” benefits:

Are Drones Cheaper Than Manned Aircraft?

Drones are much less expensive than manned aircraft. According to data from the Economist, an Comparing the cost of a General Atomics MQ-9A Reaper to the nearly $12M in personnel costs for manned aircraft, each aircraft costs about $3M.

The takeaway is that drones cost about one-fourth of what manned aircraft do in terms of procurement and management, even though the source acknowledges that the two cannot be directly compared.

How Much Money Do Pilots of Military Drones Make?

A military drone pilot’s yearly salary typically ranges from $57,000 to $61,000, though it can go as high as $61,000. Contrast that with the average annual wage of $95,000 earned by military pilots who fly manned aircraft, which can range from $82,000 to over $100,000. The pay a pilot receives is influenced by where in the country they work, their level of experience, and the equipment and drones they are in charge of controlling.

Now, you are armed with all the necessary information to answer, “What is the price of a military drone?” I hope this was helpful to you.

If you still have questions, feel free to post them in the comments section below. We guarantee to respond to you as soon as we can! Don’t forget to share this article with any other readers you know, including your family and close friends.

How Much Does a Reaper Drone Cost?

A Reaper costs about $32 million.

Who Makes Drone for US Military? 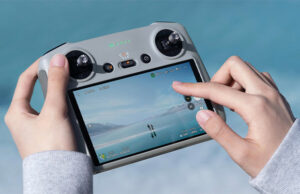 Previous post How to Connect Drone to Controller? Guide 2023 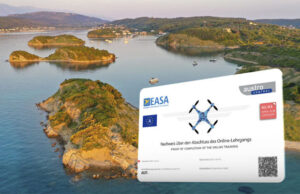