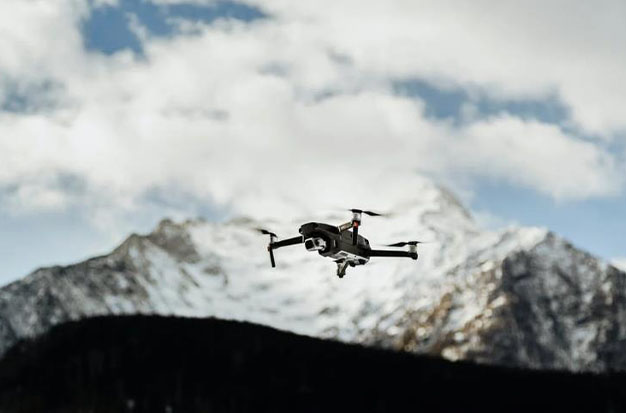 The Electronic Speed Controllers are a crucial component that, like the drone’s motors, propellers, and flight controller, greatly contribute to the ease with which drone pilots can control their flying machines. These tiny circuit boards, more commonly referred to as ESCs, have attracted attention in recent developments in drone technology. What exactly is an ESC and why is it such a crucial part of drones? What exactly happens when it operates?

What Is A Drone ESC?

Drone flight controllers can regulate and control the speed of the electric motors in their aircraft by using electronic speed controllers (ESCs). The ESC adjusts the voltage to the motor in response to a signal from the flight controller, changing the propeller speed as necessary.

What Does An ESC Do?

Our examination of drone propellers led us to the conclusion that a drone can generate lift and move in any direction thanks to the propellers’ variable rotational speeds. Naturally, this is determined by the commands the drone receives from the remote controller the drone pilot is holding. But what transmits these orders to the drone motor? The ESC enters the picture here.

An electronic circuit known as an Electronic Speed Controller (ESC) serves as a conduit between the pilot’s commands and each drone motor. While there are various ESC models available, brushless motors need a 3-phase ESC. Three soldering pads that are intended to connect to the three motor phases of a brushless motor distinguish these from one another easily.

Despite being relatively straightforward, brushed motors also require an ESC for control. A two-phase ESC functions by changing the voltage supply to the motor in addition to having only two solder pads for the two leads of a brushed motor. A brushed motor does not require a current switching function because its rotor solely depends on the contact it makes with the two terminals from the ESC. An ESC for a brushed motor and ESC for a brushless motor is nearly identical, aside from a slightly simpler implementation.

Different ESCs are needed for drones with brushless motors and those with brushed motors due to the differences in motor technology. ESCs for each rotor may be present on multirotor drones, or there may be a single integrated device that controls all the rotors. Many drone ECSs are system-on-chip (SoC)-designed, which means that all of the parts, including the microcontroller and power management unit, are incorporated into a single module. This is the perfect solution for SWaP (size, weight, and power) constrained UAVs because it saves both space and weight.

The maximum current rating of electronic speed controllers for drones is typical. Smaller UAVs may need to take into account the larger and heavier ESCs because they can handle higher current draws. The frequency, measured in Hertz, at which ESCs can change the motor speed per second. Due to the fact that multirotor drones’ stability and maneuverability solely depend on the balance of rotor speeds, electronic speed controllers for these drones may have higher refresh rates. As a result, these drones need precise control over the motor RPM.

Electronic speed controls can also manage active or regenerative braking, which is the process by which a motor’s mechanical energy is transformed into electrical energy that can be used to recharge the drone’s battery. The motor can function as a generator when the drone is decelerating, and the ESC manages the extra current that can be fed back into the battery.

You probably won’t need to worry about an ESC’s specs if you’re looking for drones that are already built, like the typical models sold by DJI or Parrot. These drones have integrated ESCs that were created especially for use with the drone’s motors and batteries. Here are a few specifications you should look for when choosing an ESC, though, if you plan to DIY your drone.

32-bit ESCs are commonly found in drones today because they allow for quicker response times and have quickly established themselves as the standard. 32-bit Telemetry, another advantage of ESCs, enables them to transmit temperature, rate of amplitude draw, and RPM information. The software may then allow for the display of this data on a pilot’s HUD.

However, 8-bit ESCs are still widely available, especially in low-cost applications. Some users claim that it is difficult to tell the difference between 8-bit and 32-bit ESCs in terms of performance.

ESCs can either be integrated 4-in-1 units that control all four motors of a quadcopter, or they can be connected to each motor of the drone separately. Individual ESCs are now much less common in the era of modern drones. Integrated ESCs have the benefit of having fewer parts, which means fewer potential failure points. They are also lighter, and because less wiring is required, the internal circuitry of the drone appears a little cleaner.

Large drone manufacturers, like DJI, now use System-on-a-Chip solutions that combine the ESCs, flight controller, and power management unit on a single chip. As a result, DJI has been able to create smaller, lighter drones. Additionally, since it is much easier to replace the entire module than to troubleshoot individual components, it has made it simpler to repair malfunctioning drones.

What specifically did the Mavic Pro Platinum’s ESC improve? The new ESC switched between signals using a switching algorithm that more closely resembled a sine wave than a step function. Due to the smooth transition from one coil to the next rather than the previous staggered transition, the motor is now slightly more efficient. Motors are now a little bit quieter due to the reduction of the “stop-go” motion.

How much current an ESC can handle is shown by its current rating. This rating does have some leeway, though, as the majority of ESCs can supply power in a “burst.” For example, a 25 A ESC can withstand a current of up to 35 A, but only for about ten seconds.

The current draw requirements of your motor must be taken into account when choosing an ESC. This is also influenced by the size of the propellers on your drone, as larger propellers will inevitably require a higher current supply. The current draw required by drone motors with higher RPM ratings, like those used by racing drones, can be very high.

Your choice of battery type determines your ESC’s voltage rating exclusively. The majority of ESCs are rated for 3- or 4-cell batteries, which includes the majority of consumer drones on the market today. If you enjoy drone racing, you’ve probably already ventured into the realm of 5- or 6-cell batteries. These batteries’ higher voltage output necessitates the use of more specialized ESCs. Racing drones can fly much faster thanks to the higher power output that high voltage batteries, or batteries with more cells, can produce even at low current draws.

Although it isn’t a standard in most ESCs, many drone manufacturers have worked to make this feature available. By using the motion produced by lingering momentum to generate a back-voltage, dynamic braking operates. When a drone slows down to a hover, this feature is turned on. When in Generator mode, the drone’s rotor’s residual rotation produces a current that slightly recharges its battery.

One feature that has made it possible for drones to fly longer between battery replacements is this one. Drone makers have begun to place a premium on how long their drones can fly on a single battery charge as drones become more and more valuable in a variety of commercial applications. Because it frequently results in an increase in weight or size, upgrading batteries isn’t always an option. Manufacturers of drones are able to address a recurring issue with drones without compromising other performance factors by developing various creative solutions, such as dynamic braking and sine-wave drives.

One of the many components that combine to make a drone the responsive, simple-to-use flying machine that we have come to know is the ESC. It essentially serves as a relay between the drone’s flight controller and the motors, effectively converting pilot commands into motion.

Since most consumer-grade drones should already have an ESC built-in, inexperienced drone pilots probably won’t need to know which ESC to use. For those who enjoy tinkering with DIY drones, having a basic understanding of how ESCs operate and their best features will help them optimize the performance of their drones. For drone applications that emphasize quick response and keeping your drone small and light, picking the right ESC can be extremely important. 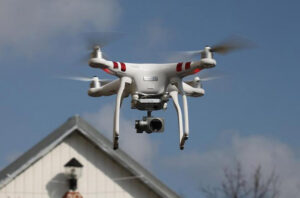 Previous post Can I Shoot Down A Drone? Is It Legal? 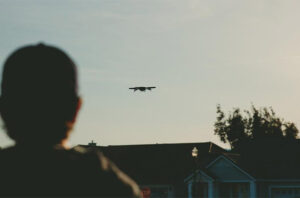