Let’s examine the situation in greater detail and find out how long the Mavic Air 2S flight time is when powered by an Intelligent Flight Battery.

The DJI-exclusive Intelligent Flight Battery system is utilized by the Mavic Air 2S. It is essentially a battery system that is integrated with a smart battery management system inside the battery pack.

The Mavic Air 2S Intelligent Flight Battery utilizes the most recent Li-Po cells, which cost a lot of money but have a high energy density. As a result, you get high capacity per unit weight.

A built-in intelligent battery management system (BMS) controls how the battery is charged and discharged to prevent cell damage.

The BMS also makes sure the battery enters hibernation during prolonged storage periods. Some Mavic Air batteries won’t charge right away after unpacking for this reason.

The drone’s drone and the battery’s safe operation are both supported by the Intelligent BMS. In real time, it keeps track of the battery’s condition and updates the IMU.

Accurate calculations of the battery’s remaining flight time and stable energy distribution are both aided by it.

How Long Does A DJI Air 2S Battery Last?

How long will it take for you to need to ground your drone and recharge the battery after you’ve fully charged your Air 2S? For the Air 2S, the Mavic 2 Intelligent Flight Battery guarantees 31 minutes of flight time.

34 minutes would be possible if you combined the Mavic Air 2 original with this Intelligent Flight Battery. However, a three-minute difference is not something to quibble over.

Factors That Affect The Battery Life Of Mavic Air 2S

Your Mavic Air 2S’s potential battery life may be shortened if you fly against the wind.

In order to overcome the air resistance, the drone will have to work harder, which will result in a faster battery drain. Consequently, battery life will be impacted.

The battery isn’t supplying enough power to the flight controller. Read on here

The maximum flight time and hovering time for the Air 2S are both highlighted on the official DJI website at about 31 minutes and 30 minutes, respectively. They do, however, mention “no wind” for both.”

However, it’s not always possible to fly drones in a calmer environment. As a result, you must logically have lower expectations given the wide range of actual flight conditions.

This is a very intriguing factor, to be sure. The duration of a flight may also be impacted by atmospheric humidity.

In actuality, a water molecule is lighter than an oxygen or nitrogen molecule.

Since they are heavier than water molecules, nitrogen and oxygen make up the majority of the molecules in dry air.

Thus, the heavier molecules are switched out for the lighter ones when we add water molecules to the air to make it moist. Hence, moist air becomes lighter than dry air at the same temperature and pressure.

The amount of water vapor in the air is what determines humidity. It turns out that in humid environments, the drone’s propellers lose some of their lift-related efficiency.

A shorter flight time results from the motor’s propensity to work harder and further tax the battery.

Drone weight is yet another element. The more power required to keep the drone in the air and move it around, the heavier the drone would be.

Additionally, if you add a payload, be prepared for a shorter battery life. In short, the more load there is, the more power will be used, and as a result, the battery will discharge more quickly.

Your Mavic Air 2S flight time may be impacted by altitude. This is due to the fact that air pressure decreases with elevation.

It gets harder for the drone propellers to produce enough lift as the air pressure drops. Consequently, the battery is strained, and its power is diminished.

How Long Do DJI Air 2S Batteries Take To Charge?

Your 31 minutes flew by because using your Air 2S for photography and videography was so much fun. The Mavic 2 Intelligent Flight Battery should now be charged. How much time will this take?

According to DJI, the Air 2S’s battery will be fully charged in an hour and 40 minutes if you provide the proper conditions for the battery. Even though it seems like a long time, the Air 2S only requires one battery, so the wait time is under two hours.

It is true that this downtime can be problematic if you are a professional drone photographer, videographer, or surveyor. But for drone enthusiasts, a two-hour break won’t stop you from purchasing the DJI Air 2S.

How Is The DJI Air 2S Battery Charged?

It’s time to charge your Air 2S battery now that it’s free. How exactly do you go about doing that? Here are the steps to take, as described in the DJI Air 2S owner’s manual.

First, you must use the AC power adapter that comes with your Mavic 2 Intelligent Flight Battery. Connect that right away to an AC power source with a frequency of 50 to 60 hertz or a voltage range of 100 to 240 volts.

Step 2: If you purchased your DJI Air 2S brand-new, you should already have a battery charging cable. Connect the cable to your AC power adapter, the Mavic 2 Intelligent Flight Battery, and finally. When you do this, the battery ought to be off.

Step 3: Examine the LED lights on the Intelligent Flight Battery Management System to determine how much power is left in your batteries. In the section after this, we’ll go into more detail about these LED indicators.

Step 4: Permit the battery to recharge completely before turning it back on. The charger can then be unplugged after the battery has been taken out.

Reinstall the Mavic 2 Intelligent Flight Battery in your Air 2S in step 5. To do this, pry open the battery compartment and firmly insert the battery. If the battery shakes, push it back into place until it is firmly in place. A clicking noise will be audible.

When charging the Air 2S battery, DJI advises the following:

You can use the older batteries from the Mavic Air 2 for prolonged flight times if you’re upgrading from that model.

However, if you look at the specification sheet for both drones, you’ll see that the older Air 2 has a listed flight time of 34 minutes as opposed to 31 minutes for the newer Air 2S.

Although the difference is subtle and unnoticeable in the real world, it begs the question – why is the flight time different if the batteries are the same?

Really, the answer is quite straightforward. The older Mavic Air 2 was a little bit lighter than the more recent model. Mavic Air 2S weighs 595 grams as opposed to the Air 2’s 570-gram weight.

With the same battery, the flight time is impacted by this slight difference in takeoff weight.

Everything is fine if the Mavic Air 2S battery lasts for at least 20 to 25 minutes, as that is the typical duration under real-world circumstances. But what if, let’s say, your battery life is only about 10 minutes? Let’s take care of it because that might be a problem.

You may need to take into account the following if your Mavic Air 2S battery does not last longer:

Not Operating In The Right Way

Are the Mavic Air 2S being used in the proper mode? and with appropriate settings?

Generally speaking, the battery tends to deplete quicker when you fly a DJI drone in Sports mode. The drone is more responsive to stick controls when in sport mode.

When compared to other standard flight modes, you can significantly change the flight direction with just a small movement of the stick controls.

Therefore, you must verify that you are using your Mavic Air 2S in the proper mode.

Please note that the DJI Air 2S uses a Lithium-ion battery. And lithium-ion batteries are known to self-discharge when you keep them in an inactive condition to protect the battery’s health. (Battery damage may result from storage at full charge).

On the other hand, it’s not a good idea to allow the charge levels to drop too low.

Now, in the Mavic 2 Intelligent flight battery, the auto-discharge is automatically stopped when the battery discharge level becomes too low while it’s inactive.

For estimating the battery life of the Mavic air 2S, you may also need to take wind, weight, humidity, and altitude into account.

Mavic Pro won’t connect to the controller, what should I do? Read how to fix here

Problems With The Battery

Your battery could be the problem if all the settings and modes are set perfectly, and you are running everything properly but you still face issues.

It’s possible that the battery you received is defective and has a short life span and poor charge retention. You should consider this point, especially when you get a new battery and still suffer from low battery life.

Contact DJI support and ask for assistance with the problem.

The situation might be the opposite if your battery is quite old and you need to replace it.

If its time to replace your battery, you can purchase one here on Amazon

What Is The Lifetime Of The Mavic Air 2S Battery?

You can only charge and discharge the battery 200 times, as indicated by the 200 charge cycle limit. The battery won’t be able to maintain the charge after that.

In conclusion, if you fly in perfect windless conditions and the temperature is nominal, your Mavic Air 2S battery can last up to 31 minutes on a single charge.

However, you can anticipate a flight time of 20 to 25 minutes if there is wind and/or the temperature and humidity levels are extreme.

If you use your Intelligent Flight battery correctly and in accordance with the manufacturer’s instructions, it can last up to 200 flight cycles or even longer.

I sincerely hope you found this brief article to be educational and useful. Post your inquiries below, and I will respond. Happy flying 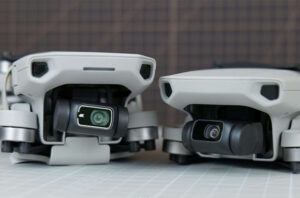