If you want to spot a drone at night, you need to look for the red and green navigation lights, the sound that the propellers produce, and potentially a strobe light. Even at night, you can use a device that resembles radar to find out if a drone is nearby.

In this post, I’ll conduct tests to see whether it’s genuinely possible for drones to spy on you at night by measuring how far a drone can see at night, how far you can see it, and how noisy it is at various heights.

In the end, I’ll cover all the ways in which you can spot a drone at night.

We must first determine how drones truly appear, what lights they have, and how far you can see them in order to detect one at night.

All recreational drones must have a set of four nighttime navigational lights, consisting of two red and two green. Additionally, commercial drone operators must have a strong strobe light that can be seen flashing from a distance of at least three miles. This is a comprehensive guide to flying a drone at night.

Commercially flown drones feature a very bright (often white) strobe light that may be seen flashing up to three miles away, although most drones appear as red and green spots in the sky.

How Far Can Drones See at Night?

In this experiment, I’ll elevate my drone to various heights to test how far it can see me and capture images. While most drone cameras vary, most can see just about as well at night.

Up to 50 meters away, a standard drone can see a person clearly at night, after which point it can only make out a blurry figure. Drones are only able to observe objects at night if they are highly lighted unless they have night vision.

In order to determine whether we should be concerned, let’s look at my test of how far a drone can truly see a human at night and how that relates to how effectively you can detect them.

How to Spot a Drone at Night?

Because most camera drones include flashing lights for better quality filming, this is the simplest and most frequent way to notice a drone at night.

Advanced drones have two lights, one of which blinks and the other of which is always on, as opposed to basic drones, which have a single light that is always on.

Drones do not usually have poor lighting. You will be able to see them as they get closer thanks to their brilliant lights. Drones have lights that come in a variety of hues.

Green, white, and red are the most prevalent colors. You can select from a variety of additional colors as well.

Some drones, like the Parrot drones, start making sounds right away. As a result, it will be simpler to notice a drone at night because you will be able to hear it approaching.

Although sound can go farther than light, this is not very reliable, and it could be hard for you to hear if there are other noises surrounding you.

You can notice a drone rather simply if you try to follow the sound’s path and determine its source. The least amount of outside noise is optimal for this strategy.

If the drone user is not utilizing a high-quality surveillance drone, you will undoubtedly hear a loud drone everywhere around you.

Tracking a drone’s radio frequencies is another, and the most effective, technique to find it at night because they constantly produce radio signals. The drone’s live stream is typically on a distant radio frequency, so you’ll need special tools to find it, like an anti-drone radio frequency detector.

The drone will start off with very low radio waves that gradually increase in strength until they vanish when the drone comes to a stop. This method requires constant movement and trying every angle imaginable if you wish to monitor a drone.

Always keep in mind that some drones also come with radio frequency transmitters, so if you choose to use a detector you buy online or at a store, it might not detect the drone.

Using the infrared motion detectors that have been put in place nearby is another approach to find a drone at night. The effectiveness of this approach can be very high despite its rarity.

Anyone who utilizes a drone for espionage will undoubtedly have infrared illuminators, and when utilizing infrared detectors, this is the only source you can see.

When a real-time video feed is not available, infrared illuminators are typically placed as well. They are utilized to transmit data back to the camera or user end, enabling them to see in dimly lit places that are often invisible to the human eye.

If you can spot an infrared illuminator source, you can be sure for sure that someone is using a drone at night. If you don’t want to buy the equipment on your own, then there are many security companies that can help you with it, and even some of them do this as a service.

Acoustic sensors may be used to find drones if your area is usually silent at night. Acoustic sensors are expensive, but they have several advantages over the technologies we previously mentioned.

The main benefit of acoustic sensors is their ability to identify drones that lack communication signals or improperly reflect signals.

Acoustic sensors may detect any spy drone because almost all drones create noise while in flight. Once their propellers begin to rotate, even the most silent drones will be seen. Drones can be located and identified using acoustic sensors. By paying attention to their sounds, they can accomplish this.

They are extremely unlikely to raise false alarms since they can discriminate between noises made by drones and other sounds.

Why Would You Need to Fly Your Drone at Night?

Since the FAA rules allowed commercial drone pilots to fly at night without obtaining a waiver, everyone is now permitted to operate drones at night.

It has always been legal for recreational pilots to fly at night to get breathtaking photos and movies. Photographers and videographers who want to expand their collections should do this.

Recreational pilots could also just wish to use their drone for entertainment purposes!

Flying commercial drones at night may open up a lot of new work prospects for pilots. They may make use of them to aid in mining or building, for instance.

Never forget that drones might still be present no matter how many things you’ve checked. Using drones for a variety of tasks is a terrific concept, but you also need to protect your privacy.

Remember that even if a drone was watching you, it may have been there for some time and may have taken pictures of your home that may be used against you. Always err on the side of caution.

Therefore, always remember that one effective approach to finding a drone is by intercepting radio signals that it emits. Stay safe by using detectors and jammers as necessary. Let’s all aspire to a better future where we can all live in confidence and safety.

Don’t forget to tell your relatives and friends about this post. Be careful. I appreciate you taking the time to read this. I hope it has helped you understand more about drones and, if necessary, will be of use to you in the future. 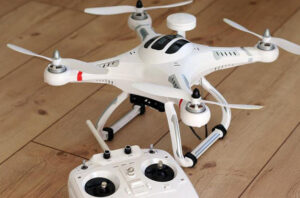 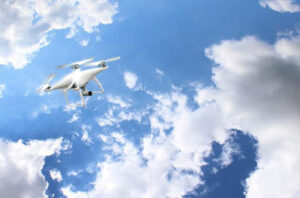