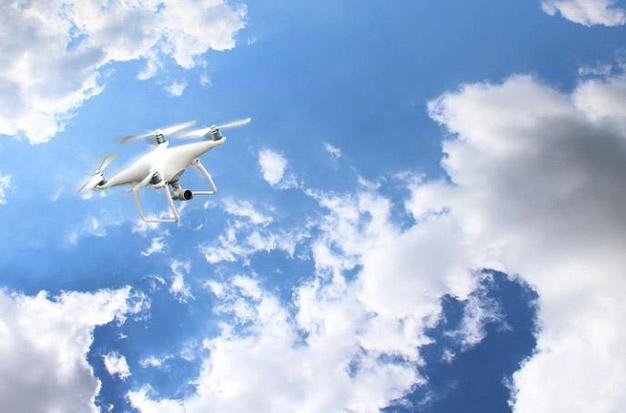 The fact that drones can only be flown up to a specific altitude for a number of reasons is among the most crucial things you need to be aware of when it comes to flying one. The law clearly sets a limit on how high you can fly a drone, which is the initial justification for this restriction. The second restriction is related to a drone’s technical capabilities. In light of these constraints, how high may a drone be flown? To learn more, let’s read this article.

How High Can A Drone Fly (Legally)?

Starting off, let’s talk about the differences between range and height limitations. The fact that a drone has a 10 km range does not necessarily imply that it can fly at an altitude of 10 km. However, if its range is 10 kilometers, it won’t go above that altitude. Signal intensity is the only factor that affects distance. Signal strength as well as air density and regulation are the two elements that limit altitude, in contrast.

The legal limitations depend on the conventions and laws in your area.

According to Popular Mechanics, European law limits the highest height to 500 feet.

With a maximum altitude limit of 400 feet, you will be subject to far harsher restrictions in the US.

Remember that these are the ideal heights relative to your takeoff height, not the sea level. Additionally, the Federal Aviation Administration (FAA) only permits users to fly drones in visible line of sight or visual contact.

However, you are still permitted to request a special license or exemption from the FAA as well as the local regulatory bodies.

How High Can A Drone Fly (Physically)?

Both military drones and youtube footage of explorers show that a drone can fly as high as 10 kilometers (33,000 ft).

Physically, drones with revolving rotors have a range of about 10 kilometers (33.000ft). This is due to the fact that the air becomes thinner as you increase altitude, and there will be very little force capable of keeping its bulk in the atmosphere (pushing the rotor blades). However, because it is risky, you should only fly within the permitted height limits in your region.

Can You Fly Higher Than 400ft?

Most drones shouldn’t fly higher than 400 feet in the air, and this rule applies to both commercial and recreational drone operators.

A drone’s altitude is limited to 400 feet above the earth under official aeronautical standards created specifically for drone flight unless it is “flown inside a 400-foot perimeter of an item and does not stay aloft than 400 feet over the structure’s immediate uppermost limit.”

The language of the rule implies an exemption right away: If you’re flying close to a (likely) enormous structure, you can go higher than 400 feet. As it doesn’t define “object” or indicate where the 400-foot boundary should be surveyed from, there is still some uncertainty.

Why Is The Maximum Altitude Limit Set At 400 Feet?

Man-made aircraft typically fly above 500 feet above ground level (AGL), aside from the regulated airspace near airports and landing fields.

The FAA established a buffer zone of 100 feet between manned and unmanned aircraft to prevent any close calls by limiting drones to a maximum altitude of 400 feet.

Remember that manned aircraft are not subject to the 500-foot minimum altitude in rural areas or over water. Additionally, there is no minimum for helicopters.

Numerous drone occurrences and sightings over the years have increased public and governmental concern about drones as well as dread among manned aviation pilots. In this context, it’s crucial to emphasize that drones have not yet resulted in a single fatality, despite the fact that unmanned aircraft much outweigh manned aircraft in terms of both actual numbers and flight hours.

The FAA requires both Part 107 Certified Remote Pilots and amateur drone operators to always give way to manned aircraft and avoid interfering with them.

What Are The Consequences Of Flying Above 400ft?

Drones are often forbidden from flying in airspace, avoiding populated areas, being shot down at night, and operating above a 400-foot ceiling.

The height restriction for aircraft missions continues to be a very ambiguous regulation as a result of the apparent exceptions and non-compliance. As a result, a number of drone manufacturers started to equip their products with an application restriction that prevents drones from ascending higher than 400 feet.

How To Make Sure You Stay Below The Limits

How To Stay Within The 400-Foot Limit

It’s crucial for drone operators to adhere to F.A.A. guidelines and keep their sUAS operating at altitudes below 400 feet. To ensure that your drone operates within the regulations, we advise establishing an altitude restriction of 390 feet. Fortunately, the DJI Go 4 program allows you to specify an altitude restriction for any DJI drone. Launch DJI Go 4 on your device, sign in, press the three dots in the upper right corner, select the drone icon at the top, scroll down to Set Max Flight Altitude, and then input the appropriate restriction. Remember that the measurements are in meters. We advise limiting the maximum flight altitude to 118 meters, or around 390 feet. You can always change this limit if you are flying near a tall structure.

Three Things To Think About When Flying At High Altitude

The absolute ceiling is the highest point at which an airplane can maintain range flying. At this altitude, the power of the engines matches the force of complete gravity, therefore the drone stops ascending.

As maximum takeoff height, it is also considered. The drones can only fly at that altitude while maintaining a speed of 100 feet per minute.

The drone’s height and width ranges will be equal if its maximum range (signal-wise) is less than its flying ability is greater.

Recreational drone pilots are not allowed to fly higher than 400 feet AGL, and they frequently have to fly at lower altitudes as well.

Part 107 Only while flying close to a structure or when they have been granted an FAA dispensation may Certified Remote Pilots fly higher than 400 feet above ground level (AGL).

Whether you are a recreational pilot or a Part 107 Certified Remote Pilot, be sure you are aware of and abiding by the Federal Aviation Administration’s drone laws (FAA). Always fly in a responsible and safe manner. And always allow manned aircraft to pass.

Use the FAA’s B4UFLY app to determine whether you can fly your drone safely.

All the people we know in the drone industry want to keep things the way they are now when it comes to drone safety in the national airspace.

So make sure to enjoy flying and having fun with your drones while still being safe and responsible.

Read more about: How Far Can a Drone Fly from Its Controller?

InDrone, drone fly, How High Can I Fly a Drone 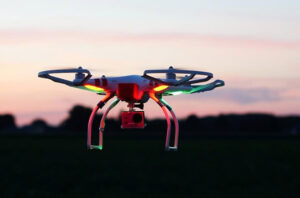 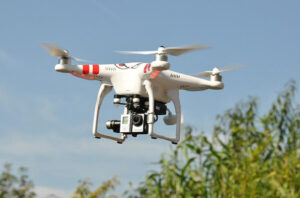