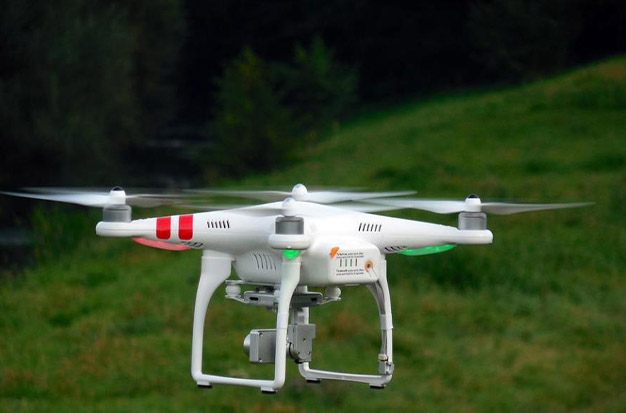 Travelers can record aerial footage while hiking, surfing, or taking in the sights by bringing a drone along with them on their trip. Find out whether or not you can bring a drone on the plane before packing it with the other items of luggage.

Can You Take A Drone On A Plane?

When it comes to limiting what passengers can bring on airplanes, airlines are required to abide by TSA and FAA regulations. The airport security checkpoint is open to drones, according to the TSA. Although there are no federal laws that forbid drones, different airlines have different policies.

There are no known American airlines that specifically forbid the use of drones. However, some airlines mandate that passengers bring drones on board in their carry-on luggage rather than in their checked luggage. Drones are permitted on many other airlines as carry-on or checked baggage.

Only domestic flights can be regulated by the TSA and FAA. Additional regulations might apply to international flights. For instance, when visiting a foreign country, visitors must abide by the local legal system. In the Bahamas, the government requires registration from all drone operators, including foreign tourists. If you don’t register, the drone might be taken away.

Review the rules and laws governing drones in the destination nation before bringing a drone on an international flight. The drone might be seized and fines imposed for bringing a prohibited item on a flight. The traveler might also have their visa denied.

How Do I Bring A Drone On A Plane?

Additionally, when passing through the security checkpoint, it is a good idea for travelers to let TSA agents know that they are carrying a drone. Drones are permitted by the TSA, but the mere sight of the object may cause a scanner to malfunction.

Travelers should locate appropriate drone storage, such as a drone case, after reviewing airline policies. Typical drone cases are small and only have room for the drone, the controller, and two or three batteries.

Always double-check the case’s dimensions. The case might need to be checked if it is too large to be carried on. However, some airlines forbid drones in checked baggage, which could be problematic for the traveler.

How Can A Drone Battery Be Taken On A Plane?

Drone batteries are a completely different matter, even though there is no federal law in the United States that forbids bringing drones on airplanes and through airports. Lithium-ion batteries used in drones have the potential to release a lot of heat and energy in the event of a short-circuit, shock, or thermal event. There have been several incidents involving lithium batteries in aircraft.

The FAA has placed restrictions on drone batteries due to the potential risk posed by lithium-ion batteries. According to FAA regulations, you can only bring a drone battery on a plane as carry-on luggage if the battery produces 100 watts per hour or less. The battery’s watt-hour (Wh) rating is typically located there. By multiplying the voltage and the amp-hours (Ah), you can also estimate the Wh rating of your battery.

The FAA permits passengers to carry as many drone batteries as they want as long as they are under 100 Wh. However, if the battery is between 101 and 160 Wh, the FAA regulations only permit you to transport a maximum of two such batteries.

Lithium-ion or Li-Po batteries cannot be packed in a checked bag. In order to prevent cargo hold damage from loading and unloading, which could result in a fire, the FAA mandates that batteries be kept in carry-on luggage.

The crew will also know how to effectively handle a fire if it starts in the carry-on luggage. Contrast this with a fire outbreak that may even go unnoticed in the cargo hold!

Taking Your Drone Through Customs: How Do You Do It?

Most often, drone laws are established and implemented by the nation’s national or civil aviation authority. For instance, the Federal Aviation Authority (FAA) in the United States and Transport Canada Civil Aviation (TCCA) in Canada are responsible for setting drone regulations, respectively. You can find out more about a country’s drone regulations by locating its civil aviation authority before you travel there.

When traveling to countries where it is legal to fly a drone, you should:

We do not advise bringing your drone when visiting nations where doing so is prohibited. At customs, it’s possible that your drone will be seized. It might or might not be given back to you when you return home at the end of your trip.

You shouldn’t presume that you’ll be able to bring or fly your drone when visiting nations without established drone laws. It’s possible that authorities will generally oppose the use of drones, especially by tourists, even in the absence of drone laws, which doesn’t mean you can fly wherever or however you like.

Bringing a drone through customs carries the same warning message. When a nation doesn’t have drone-specific laws, some customs agents decide to seize drones, while others decide not to. However, it’s nearly impossible to predict what you’ll encounter until you arrive with your drone.

For U.S. additional safety, You might be able to register your drone with Customs before departing the U.S. as a “Personal Effect Taken Abroad.” This will avoid any confusion over whether you are bringing home a new drone that you bought abroad or returning with the drone you took with you when you left.

It’s exciting to travel with a drone because you can record stunning videos and photos of your journey to show to your loved ones. At the same time, you don’t want to lose your drone by having customs officials seize it or even end up in legal trouble when you’re supposed to be enjoying your trip. And the best way to avoid this is to complete your homework by researching the drone laws of the nation you are visiting. 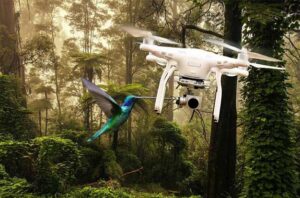 Previous post Can I Fly My Drone in a National Park? Everything You Need to Know 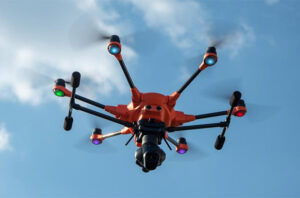