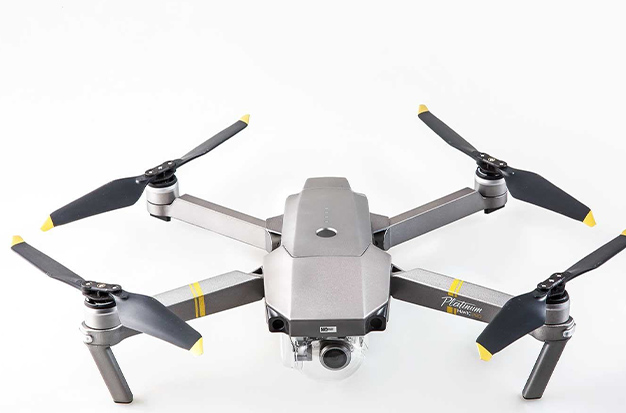 DJI is a household name when it comes to consumer camera drones. Consumer drones and related innovations are now dominated by a Chinese technology company with headquarters in Shenzhen, China. However, very few people are aware of what DJI stands for.

DJI is an acronym for Da-Jiang Innovations. “” is the name in Chinese. Jiang () and Da () both translate as “border” or “great,” respectively.创新 translates to ‘new creation’ or ‘innovation. The acronym DJI stands for “Big Border Innovation.”

What Does The Symbol DJI Mean?

Da-Jiang Innovations is known as DJI.

It translates to Great Frontier Innovation in Chinese.

The mission and standing of the business in the drone industry are perfectly captured in this.

Who Founded DJI And What Does DJI Stand For?

We refer to this drone company by its trade name, DJI, which is an acronym for Dà-Jiing Innovations. Their full company name is either SZ DJI Technology Co., Ltd. or Shenzhen DJI Sciences and Technologies Ltd., depending on where they’re registered. Although they have been in operation since 2006, as you’ll see, it wasn’t until the middle of the 2010s that they started to become well-known internationally.

They are one of many significant technology brands based in Shenzhen, China, as you might have guessed. Before the great COVID-19 restructuring in 2020, DJI had divisions in China, Japan, North America, Europe, and Chile, employing over 14,000 people. We don’t have the most recent statistics for any adjustments DJI has made since then, but we do know that due to some global politics, they had to fire some employees and change their strategy.

While we prefer to focus on the drones DJI makes, they also produce and sell sophisticated camera mounting systems, have invested a sizable amount in Hasselblad cameras, and sell a significant portion of their drone parts to other companies so that they can use them to make their own drones. In many commercial drones, for instance, the DJI A2 Flight Controller is a well-liked stabilization system.

DJI has been contributing their time and knowledge to help lead and shape legislation all over the world after experiencing success in their sales. DJI has frequently taken part in FAA initiatives to examine the viability of pending drone legislation.

In 2006, Da-Jiang Innovations was established by Frank Wang.

At the Hong Kong University of Science & Technology, he started running it out of his dorm room.

From those small beginnings, it has developed into a $21 billion global empire.

Over $2 billion in reported sales have been made, and the company now controls more than 70% of the consumer drone market.

According to a study by Bard College, this table compares the popularity of its drones with those of other drone manufacturers among U.S. public safety crews.

Wang, who has a net worth of $4.8 billion, owns an estimated 40% of privately owned and run DJI, according to Forbes.

The drone manufacturer benefited from a $75 million investment from Accel in 2015, working together to create the SkyFund, a UAV-focused seed fund empowering application-level entrepreneurs in the UAV and robotics space.

It bought the majority of the shares in the Swedish camera company Hasselblad in 2017. A year later, a Hasselblad camera was included on the ground-breaking Mavic 2 Pro.

Frank Wang, a student at the Hong Kong University of Science and Technology, founded the small technology startup DJI in 2006. Frank took part in the ABU Robocon in 2005 and won third place. He relocated to the Chinese technology hub of Shenzhen in 2006, where he founded DJI with a modest investment from his close family friend Lu Di.

The small startup experienced ups and downs before DJI released its most well-known consumer drone, the Phantom, in 2013. The DJI gained international recognition after the Phantom’s release. In order to gain a significant market share in the rapidly expanding consumer drone market at the time when the consumer drone industry was still in its infancy, DJI released two successively successful products.

Where Is DJI Based?

The company is based in Shenzhen, also known as China’s Silicon Valley.

A new, cutting-edge headquarters is being built in Shenzhen in collaboration with renowned architects Foster + Partners.

The structure has twin towers connected by a sky bridge and labs for testing drone flights. It was created to resemble a “floating community in the sky.”

This stunning new headquarters embodies DJI’s position as a leader in the industry on a global scale.

How Big Is DJI?

The DJI, which began as a small dorm room business in 2006, has taken its time to expand into a multi-billion dollar empire. According to sales volume, DJI has a 76% market share of consumer and business drones as of 2021. The next big competition is Intel with just a 4% share (that too probably because of their collaboration with DJI on the Ryze Tello)

Where Are DJI Drones Produced?

High-tech automated assembly lines can be found in DJI’s factories in Shenzhen.

These include areas where drones are being built “take off on their own by the hundreds, performing a series of manoeuvres over the course of two minutes, then land and continue moving down the manufacturing line.”

Yes, they are because of a variety of technologies that improve flight safety.

The drone’s safety features may vary, but they may include propeller guards, object sensing and avoidance, and flight redundancies.

Drones like the Mavic 2 Enterprise, Matrice 200 Series, M300 RTK, and some Mavic Air 2s have DJI AirSense technology, which warns drone pilots of nearby manned aircraft.

Additionally, DJI drones have geofencing features that can stop them from flying too close to delicate areas like airports, jails, and prominent events.

When a geofenced area is present, a DJI drone cannot launch or fly there without a special permit.

However, drone operators with verified DJI accounts can unlock some areas if they have good justifications and the required authorizations; however, the most crucial areas require special action from the company to unlock them.

DJI published a white paper in 2019 titled Elevating Safety as part of its dedication to drone safety.

The document outlines 10 actions that the drone manufacturer, its allies, and the sector can take to promote public trust in drones.

DJI maintains that all data gathered by its drones is secure and safe.

To prevent sensitive information from getting into the wrong hands, the Mavic 2 Enterprise Series, for instance, has password protection.

AES-256 encryption keeps data transmission secure in a number of business drones, including the M200 Series and M300 RTK.

No evidence of data or information gathered by DJI drones being transmitted to China, DJI, or any unauthorized party was found earlier this year, according to an independent cybersecurity audit. The entire story can be found here.

Why Is The Company So Successful?

Innovation is at the heart of the DJI ethos. By introducing the Phantom 1, the company did in fact create and define the modern drone.

Since then, the company has created drones that are simple, off-the-shelf solutions.

A wide range of pilots, from recreational and hobbyist flyers to commercial operators, can now use DJI’s drones because of this innovation.

The business has consistently pushed the envelope over the years. The Spark, which can take off from the user’s palm, the Mavic Mini, which offers 12MP photo capture from a diminutive 249g frame, and the M300 RTK, which can fly for 55 minutes, are a few examples.

Other innovations have included the Lightbridge transmission system, improvements in GPS, specialized apps, and safety features like the AirSense alert system.

Due to this, customers can purchase the ideal drone for their needs and goals.

Where Can I Buy DJI Drones?

You can find DJI drones for sale using the numerous links we provide in this article. Nearly every link we offer leads to an Amazon listing for a brand-new item that is covered by a warranty and is also qualified for DJI’s extended warranty. If buying from Amazon is not an option for you, DJI drones are available at most significant online retailers, numerous brick-and-mortar electronics stores, and, of course, directly from the DJI Store.

InDJI, What Is DJI Stands For 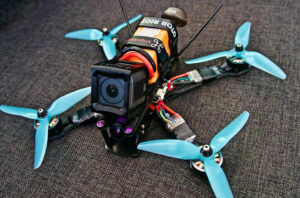 Previous post How Fast Are Racing Drones? Everything You Need To Know 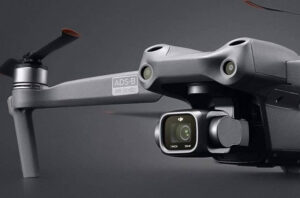