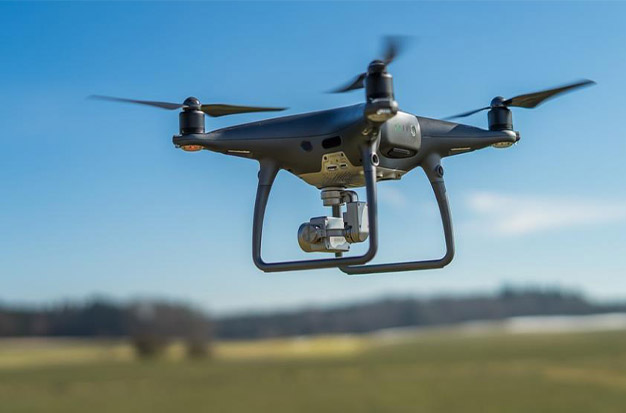 In recent years, first-person view (FPV) drones have grown in popularity, moving from a small group of specialist flyers to a substantial category of remotely controlled aircraft created for certain use cases and applications.

In this introduction, we’ll go over the fundamentals of FPV drones, such as what they are, how to use them, and some advice.

What Is FPV Drone?

The term “FPV” refers to the technique rather than the aircraft, which is the first thing to understand about FPV drones. FPV drones are flown from the perspective of the drone, as opposed to the conventional drone piloting technique, which involves the operator controlling the aircraft from their vantage point on the ground (i.e., the onboard camera). In other words, you’ll be controlling the drone while looking out from inside it.

While first-person view (FPV) drones may provide the most immersive flying experience possible, they also have their own set of difficulties, advantages, and requirements.

FPV, or first-person view, refers. Therefore, this basically means that FPV drone pilots see what the drone sees when operating one. Traditional drones are different from this in that they are operated from the ground up by the pilot. With FPV, the drone is controlled using an onboard camera from the viewpoint of the drone, not the pilot. imagine it as a view from a drone.

But from almost any angle, FPV and more traditional drones seem quite similar. The more common drones have cameras built into them as well, or if not, they may be added if the operator wants to fly FPV. Likewise, FPV users who prefer a more traditional viewing option can choose to have the camera disabled. Just your preferences matter.

Read More: What is Exhaust Drone?

How Do FPV Drones Work?

When Lithium Polymer batteries, or LiPo for short, became more affordable to produce and available to consumers, drones became more and more popular. Drone operation is straightforward, yet it’s so interesting that operating a newly constructed drone gives you chills.

Four motors are typical for quadrotor drones. We employ the shaft’s rotational motion to move the quad since we all know that motors have shafts that rotate. The motors’ shafts have propellers on them.

Propellers are parts that aid in producing thrust by drawing in significant amounts of air from the drone’s top and forcing it downward, much like a helicopter. The quad lifts off the ground and begins to hover when the volume of air expelled exceeds the weight of the vehicle. The quad flies more quickly the more air is displaced.

FPV systems provide you an immersive experience of seeing exactly what the drone’s camera views by combining an FPV camera and video transmitter on a drone with video receiver signaling technology on FPV goggles.

FPV flying offers an amazing in-the-moment experience, and the viewpoint has many significant benefits. You gain greater precision—important for racing drones—as well as a cinematic viewpoint not possible from the ground. Additionally, it’s a lot of fun.

Photographers and videographers use the immersive, thrilling experience of FPV to get shots that are impossible from terra firma. Hobbyists utilize FPV equipment for freestyle flying while some enthusiasts employ these nimble planes for drone racing. The first-person perspective makes it simpler to pull off acrobatics and navigate challenging terrain, exactly as in the national drone races you see on TV.

FPV drones have even been deployed successfully in search-and-rescue operations and on farms for more accurate crop spraying. Insurance claims adjusters use them, too, as a way to assess storm damage without relying on labor-intensive ground investigation.

What Are the Benefits of FPV Drones?

There are several advantages to choosing FPV over the conventional method of flying drones, despite your initial doubts. To begin with, it’s a totally immersive experience that makes use of a variety of technologies to provide pilots with the most cutting-edge viewing. Second, the low-latency communication enables for speedier reactions and higher situational awareness, allowing for more accurate flight.

Thirdly, and possibly most significantly, it enables you to take beautiful aerial pictures. Being able to see the drone from its own perspective creates amazing photos and videos if you’re interested drone photography and filming.

What Are the Drawbacks of FPV Drones?

There are drawbacks to flying, regardless of the method. You might need a passenger to keep an eye on the sky and the environment around you if you’re flying alone and your attention is diverted by the headset or your screen. Additionally, FPV drones are generally tougher to control from a first-person view, so they might not be the greatest choice for novices if you’re new to drone flying.

Particularly if you’re using a racing drone, as those are often built more quickly and have fewer sensors. You might also need to consider drone maintenance if your learning process involves a lot of trial and error, which can be an extra expense. Additionally, some pilots may feel queasy or disoriented during the VR-like experience, especially if they are wearing goggles.

What Are FPV Drones Used for?

It shouldn’t be surprising that FPV drones and conventional drones are utilized for many of the same applications given how similar they are, including aerial photography and filmmaking, remote inspections, security, and general entertainment.

Even while the majority of conventional drones can be modified for FPV use, not all of them are well-suited to carry out those tasks. Particularly, not all drones are suitable for drone racing, the most popular FPV activity.

In contrast to other FPV applications, drone racing has specific requirements that many regular flyers and non-racers cannot meet for their aircraft and ground station receiver (i.e., your FPV monitor or goggles). We won’t get too thoroughly into these criteria, although transmission delay is one of the key ones. In order for the pilot to react in real-time, RC flyers must essentially be able to relay video to the base station quickly enough. How soon? Since certain FPV drones can travel at speeds of up to 100 mph, there is a potential that you could crash even if your video feed has a latency of between 100 and 200 ms (which is a fairly average number for your standard action camera).

Drone racing is one of the many uses for FPV drones, but there is much more to say about it at this time.

Should You Buy an FPV Drone?

An FPV system’s first-person perspective offers an exhilarating flying experience, but there are both advantages and disadvantages.

On the plus side, FPV gear is exceptional for aerial photography, racing, freestyle flying, and acrobatics. An FPV drone is an excellent option if you’re interested in any of those uses.

However, using a headset while performing other ground-based duties isn’t the most convenient or comfortable alternative. Additionally, FPV equipment is not recommended for novices due to the extra complexity of flying them. Last but not least, you could require assistance to serve as a spotter for obstructions when flying outside. Due to this, these drones are less appealing to lone FPV pilots. 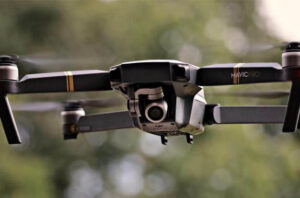 Previous post How Much Does a Drone Cost?—A Complete Guide for Beginners