In the midst of the ongoing conflict in Europe’s second-largest nation, both Russia and Ukraine have resorted to lethal airstrikes and cutting-edge weapons. After ‘vacuum bombs’, there has been chatter around killer ‘American kamikaze drones were launched into the conflict-torn Ukraine.

In a major military aid, the United States has shipped 100 Switchblade loitering munitions to Ukraine, Russian media reported on Wednesday that a US official had said. These are additionally known as suicide drones or kamikaze drones.

Pentagon spokesperson John Kirby, without specifying the type of Switchblade drone, mentioned that “the Drones from the US may be sent to destroy tanks and armored vehicles.

The acquisition of deadly “Switchblade” drones is anticipated to strengthen the Ukrainian military as it pursues its conflict with thousands of Russian troops, enormous Russian tanks, and rife airstrikes and shelling.

These drones, called Kamikaze or Switchblade, what are they? Are they more successful in their attacks? Here are the specifics regarding the suicide drone that made headlines last month.

What Are Switchblade Drones?

They are one-time use weapons, small unmanned aircraft launched from tubes that can cause a great deal of damage, according to experts. When the device is launched, the drone’s wings spread out like blades.

Switchblade drones are less expensive than the majority of U.S. drones and come in two sizes, The maker is AeroVironment. The Switchblade 300 model, which helps small infantry units track the Russians’ movements, weighs about five pounds, can fly for up to 15 minutes at a time, and is made to be worn as a backpack.

In contrast, the Switchblade 600 is a “loitering missile” that can hit armored vehicles and weighs about 50 pounds. It can fly for up to 40 minutes. Which version the US will send to Ukraine is currently unknown.

According to the company website, Switchblade drones by AeroVironment were first used in Afghanistan to combat the Taliban after 9/11. The company stated earlier this month that it was prepared to assist Ukraine “win against the Russian military and strategically deter future aggression.”

History Of The Switchblade Drone

The Air Force Special Operations Command created the American-made Switchblade. Eventually, the US Army and USMC recognized the advantages of the system and started to buy the Switchblade in significant numbers. US military forces in Afghanistan have used more than 4,000 of them. The British military acquired the Switchblade in 2021, making them the first foreign military to do so. They would not, however, be the last.

Both sides in the Ukraine conflict have used a large number of suicide drones. The Switchblade outperforms the Russian KUB-BLA and Lancet-3 systems that they have been employing. Instead of a man-portable tube system, the Russian systems must be launched from a catapult on the ground. Russian drones are also much larger, heavier, and less dependable.

The Ukrainian SSO, which is the country’s special operations force, has used the Switchblade most frequently. Videos made public by the Ukrainian military show how effective drones can be when operated by operators with a little ingenuity. This video demonstrates how, despite lacking anti-armor capabilities, the Switchblade 300 can still effectively neutralize the crew when they dismount.

Around 700 switchblade drones have reportedly already been delivered to Ukraine as of right now. The enormous impact of this little drone is beginning to be noticed by the world. The effectiveness of the drone in the ongoing conflict has been witnessed in Lithuania. Consequently, Lithuania intends to negotiate a deal with the United States to buy its own Switchblade drones.

One or both of the two types of Switchblade drones that the US is capable of providing to Ukraine could be sent there: the 600 and the Switchblade 300.

According to Hambling, the drones would enable Ukrainian forces to “neutralize multiple-launch rocket and artillery units” and strike beyond-line-of-sight targets with lethal results.

The drones would be the ideal weapons for Ukrainians to avoid causing more destruction in their city while planning a counterattack against the Russians and avoiding civilian casualties because the Switchblade’s warhead is made to explode with minimal collateral damage.

The Switchblade is technically a missile according to US Army terminology. Its stabilizing wings, which swing open as it leaves its launch tube, give it the nickname “suicide drone,” which is more commonly used. Two different operator-guided loitering munitions are referred to as “The Switchblade”: the 600 and 300 Switchblade. The smaller and more prevalent of the two is the 300.

The Switchblade 300 is a loitering munition that can be carried by one person and is operator-guided by AeroVironment. indicating that a single person is capable of carrying and firing the entire system. Using a device that resembles a miniature mortar tube, the drone is launched. As soon as it is fired, the Switchblade’s built-in day and night vision camera stream the video to the operator’s tablet-style controller.

The Switchblade system is intended to be used in the aforementioned circumstances, where close air support might not be available. It enables the user to quickly find and engage a target, such as a sniper while being concealed. A 40mm grenade is similar to the payload carried by the 300. A typical 40mm grenade has a 5 m kill radius and a 130 m casualty radius. However, the Switchblade’s advantage over other weapons is that it delivers a focused blast rather than a broad one, minimizing collateral damage. Almost a 100% chance exists that no one in the adjacent room will be hurt if you fly this into the window of that room, according to the product’s manufacturer. The system’s biggest drawback is that AeroVironment makes each one essentially by hand.

Targets can be locked onto by the Switchblade, which can also follow moving targets. The drones also give the user a live video feed and the drone’s GPS location. Up to four seconds before impact, the drone can be turned off by the user, at which point it will resume loitering.

A tiny two-wing propeller driven by an electric motor is how the Switchblade flies. The drone is consequently incredibly quiet. It is extremely difficult to detect and even harder to shoot down because of this, along with its small size.

AeroVironment intends to equip the Switchblade in the future with a “sensor to shooter” system. As a result, reconnaissance drones and suicide drones could cooperate. The reconnaissance drone would be used to mark targets first. The targeting information from the recon drone would be transferred to the Switchblade after a target has been marked, and it would then be deployed. the removal of the need to fire a Switchblade in order to locate targets.

The Switchblade is also used in various ways by the US military. A variation known as the Blackwing is used by the US Navy. An underwater-to-air canister delivery system is used to launch the Blackwing from a submerged submarine. The Blackwing, however, is a surveillance and reconnaissance aircraft without an explosive payload. In the event that electronic jamming systems are ineffective, additional Switchblades perform anti-drone duties and stop enemy drones in the air.

The 600 resembles the Switchblade’s older sibling and has a much larger payload. The 600 is equipped with the same warhead as the Javelin missile systems and is primarily intended to destroy enemy armor. The 600’s increased firepower, however, comes at the expense of weight and portability.

What Other Types Of Drones Are There In Ukraine?

A fleet of drones with laser-guided bombs made in Turkey are already in use by Ukrainian forces.

These are Bayraktar TB2 unmanned aerial vehicles, which Turkey has already sold to more than a dozen nations, including Azerbaijan, Libya, Morocco, and Ethiopia.

According to Jack Watling of the Royal United Services Institute in London, the drones have carried out unexpectedly effective Ukrainian attacks in the early stages of Russia’s invasion – before the Russian forces were able to set up their air defenses on the battlefield.

In essence, he claimed, Ukrainian forces “have been flying in at a low level and then coming up and raiding with them. Hence, aiming for potential targets.”

Since Russia’s invasion on February 24, the United States has sent more than $3.4 billion (or €3.26 billion) in military assistance to Ukraine.

The arsenal includes ammunition, howitzers, anti-aircraft Stinger systems, anti-tank Javelin missiles, and recently revealed “Ghost” drones, which were created by the US Air Force for attacking targets and which are also destroyed after a single use.

How Might The Drones Affect The Conflict In Ukraine?

Bode referred to the American offer of 100 switchblade drones as “quite a lot,” but he added that “we’re not talking about a number that would win the war for Ukraine.” The drones could aid Ukrainian forces in defending more ground against Russian incursions, she said, even though they wouldn’t be “decisive.” This is provided they aren’t shot down.

According to ground rules established by the Pentagon, a senior U.S. defense official said he would not rule out the possibility of sending additional drones to Ukraine in future shipments, much like the Pentagon has been doing with antitank missiles and shoulder-fired antiaircraft weapons.

Switchblade drones, which are less accurate than many of the weapons employed by Russian and Ukrainian forces, including firebombs, can be more accurate on paper. However, “because there is so much uncertainty about how the AI targeting algorithms these systems include actually function, and whether they can function effectively in urban warfare, we don’t know whether they’ll be more effective” in this particular conflict, Bode said.

According to a senior U.S. defense official, it is “safe to assume” that one of the drones’ objectives is “to deliver a punch.” This official added that he would not rule out the possibility that the US would send additional drones to Ukraine in waves, similar to how the Pentagon has sent Javelin antitank weapons and Stinger missiles, portable weapons meant to destroy low-flying aircraft.

The Switchblade 300 drone system is a fantastic aid for ground troops. They are able to offer their own air support at crucial moments. Importantly, the system is incredibly lightweight, reducing the stress on soldiers who are already carrying a lot of gear. It’s far more debatable whether the Switchblade 600 will succeed. The 600 lacks a lot of the appeal of the 300 because it needs to be carried by multiple people. The 300 seems to be a very practical and adaptable tool overall. enabling soldiers to engage the enemy, break off contact, and look out for themselves all without coming under attack. It is very likely that soldiers will continue to use the Switchblade for many years to come. 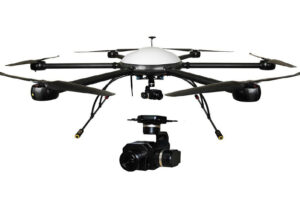 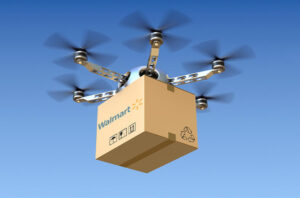