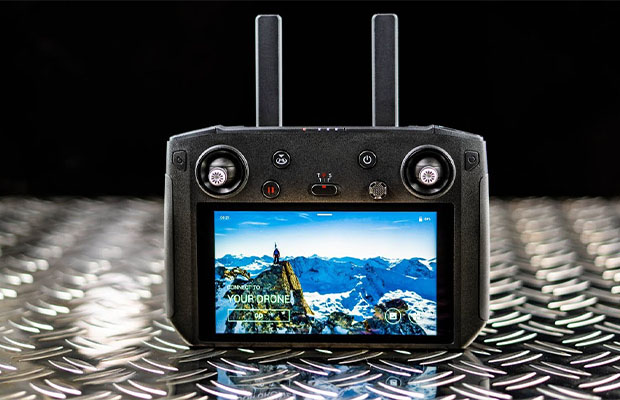 Find out more in this post about the advantages of buying DJI Smart controllers and who they are most appropriate for.

The new DJI Smart Controller is made specifically to improve the experience of flying the Mavic Air 2, Mavic 2 Pro, and Zoom as well as Phantom 4 Pro.

DJI aimed to produce a more user-friendly, comprehensive professional solution with the New Mavic controller, but that doesn’t mean it’s only intended for business use; consumers can undoubtedly gain from it as well.

What Does the DJI Smart Controller Do?

Simply put, the DJI Smart Controller does away with the requirement for a controller and a smartphone. The joysticks, RTH buttons, camera buttons, trim buttons, and other features you’d find on a typical controller are all present.

Additionally, it has an Android display screen, which enables it to download apps, share and stream videos, and even connect to other devices via USB and HDMI.

Is It Worth It to Get the DJI Smart Controller?

Especially if you own multiple DJI drones, the smart controller is totally worth the money. It has already been mentioned that more than one drone model can be used with the DJI Smart Controller.

There’s no need to use a smartphone or transport multiple controllers. However, due to its sophisticated features, the Smart Controller would still be helpful even if you only have one drone and frequently use it for professional work (more on this later).

This, however, shouldn’t be a deal-breaker. The amount of things you can do with it once you figure everything out more than makes up for its slightly higher level of complexity.

Advantages of the DJI Smart Controller

Additional justifications for using a Smart Controller are provided below.

One of the main motives for purchasing the smart controller is for this. Except for a few drones from the same series, the majority of DJI remote controllers cannot be used with another drone. A single drone is never sufficient because they all have different features, as I know from my experience using drones professionally. But suppose you have four drones, and you have to carry all the controllers, batteries, and drones in your bag.

That is too much weight to be carrying around. And you should seize the opportunity whenever you can do so while still using all of the drones. Currently, the DJI Smart Controller is compatible with the following drones:

Unlike a typical smartphone or tablet, the DJI Smart Controller is more durable. The smart controller will serve you better if you use your drones in regions with extreme cold or heat. It works in conditions as extreme as 104 degrees Fahrenheit and as low as -4 degrees Fahrenheit, which explains why.

Easy to Use and More Functionality

For every function on smartphones and tablets, including posting your footage to social media, you must download an app. The Smart Controller’s SkyTalk app makes the process even simpler even though downloading apps isn’t a huge hassle.

With the Smart Controller, sharing your footage to your channels doesn’t require moving it between devices. Instead, you can let your audience watch your flying session live streaming.

Another feature of the gadget is the ability to split the screen so that a companion or producer can watch the live footage as you fly.

The HDMI output makes this possible by enabling you to connect to another device so that people can watch the footage without interfering with the flight. You might not have noticed, but the DJI Mavic 2 Zoom, Mavic Air 2, and most DJI drone controllers don’t have HDMI output.

The microphone and speakers are additional features you’ll appreciate that you won’t find on other controllers.

One of DJI’s best innovations with the Smart Controller was the union of a monitor and a controller. Even though this screen isn’t as sophisticated as those in other gadgets, it is still very bright, about twice as bright as typical smartphones. It is possible to see the screen or the live video even in very bright outdoor conditions thanks to this brightness.

When the light is too bright, using a smartphone can be challenging. When the sun is too bright, some drone users even have to use a sun hood on their smartphone, which can negatively impact your flying experience. With the Smart Controller, however, you won’t require this hood because the screen is sufficiently bright for easy viewing even on bright days.

This is yet another important factor in favor of the Smart Controller. As was previously mentioned, interruptions are a feature of smartphones and tablets. You may discover that certain background apps running while you fly are frequently to blame for problems like a failed connection between the drone and the controller. The drone’s operation might be hampered if you get a call or a WhatsApp message.

One choice is to use the smartphone while it’s in flight mode, but that’s not the best idea because other people might need to get in touch with you. Due to its sole focus on the drone, the DJI Smart Controller all but eliminates these worries.

Since you won’t be using it for anything else, the battery will last longer, and the pre-installed apps and ability to add more apps make it a standalone device. The internal memory is 16 GB, and it can be expanded to 128 GB, which is even better.

When you want to quickly record videos with your drone, you no longer have to compete with the storage on your phone thanks to the ample built-in memory. You can use the DJI GO-Share feature to share your video with other users or other devices at any time.

Another minor but irksome problem with smartphones is the need to remove the otter box or case because some of them won’t fit on the controller. Since the screen will never need to be removed, DJI’s smart controller also gets rid of this.

A 2-hour battery life is typical for the DJI Smart Controller. Despite the fact that this may not be as long as the battery life of some smartphones, it is sufficient to fly your drone (or all of your drones) a few times before you need to recharge the controller.

The built-in nature of the batteries means that you cannot purchase additional ones to replace the worn-out ones. Another problem is that, if you plan to fly all day, your only choice is to use an external power source because the batteries in smart controllers can take up to an hour to charge.

The DJI Smart Controller utilizes OcuSync 2.0 just like the conventional controllers do. This is DJI’s cutting-edge transmission system, which automatically switches between 5.8 GHz and 2.4 GHz to provide high-quality video transmission regardless of any potential sources of interference and environmental conditions.

This system is so effective that it will guarantee communication between the drone and the controller even when they are up to 8 kilometers apart.

Read More: How to Install DJI Fly App on Android?

Is It Compatible With the Mavic Air 2?

The Mavic Air 2 is compatible with the DJI Smart Controller.

This is one of the most frequently asked questions because the Mavic Air 2 is one of DJI’s most recent professional drone releases, and many people are unsure whether it is worthwhile to purchase a controller for it.

Since the Mavic Air 2 uses Occusync 2.0 technology, it took DJI some time to finally make it compatible with the Smart controller.

I like the Mavic Air 2 controller even more than the previous models, but it still has the drawback of requiring a cable to connect to your phone, and most phones’ screens aren’t bright enough to use with it.

And there you have it. I’ve made an effort to be as transparent as I can to assist you in deciding whether to purchase the controller. The price difference between the Smart Controller and the drone’s cost is the only real deterrent to purchasing one.

However, the advantages it provides over a typical controller and smartphone outweigh the high price. By purchasing the Smart Controller during promotions like Black Friday sales, you can also avoid paying the high price.

Why is the DJI Smart Controller So Expensive?

Since you can get a new smartphone and controller for that price, DJI set the Smart Controller’s price at $749. The convenience, improved performance, and durability it provides are additional factors in their high price.

Really, all it does is enhance the performance of both the smartphone and the standard controller. The range, however, will largely remain the same at 8 to 10 KM, and it still uses the OcuSync 2.0 transmission system. 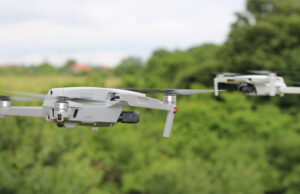