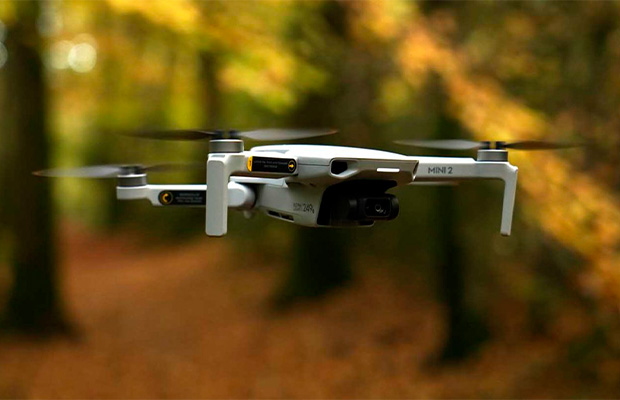 The most recent model of DJI’s line of portable drones is the Mavic Mini 2. They are the perfect entry-level drone due to their lightweight construction and lower price.

How to turn off DJI Mini 2 is one of the frequent issues that new users experience.

Press the power button twice while holding them both down to turn off your DJI drone. The drone will stop and make a beeping noise.

I’m going to walk you through the process of turning your DJI Mini 2 on and off in this article. Keep reading!

How To Turn Off DJI Mini 2?

To turn OFF DJI Mini 2, follow the following two steps:

You can safely remove the battery for storage or recharging after turning off your drone.

How To Turn Off DJI Mini 2 Remote Control?

Before your next flying session, make sure your remote controller is fully charged if it is running low on power.

Additionally, it’s very easy to turn on your DJI mini 2. To turn ON DJI Mini 2, follow the following two steps:

Put your Mini 2’s legs down on a flat surface once it has powered on to finish the startup process.

You can observe the motors and camera gimble moving while the system is starting up.

The Mavic Air and Air 2 drones from DJI are also powered on using the same procedure.

Read this thorough troubleshooting guide if your DJI Mini 2 won’t turn on for whatever reason.

How To Turn On DJI Mini 2 Remote Control?

What To Do If You Can’t Turn DJI Mini 2 Controller Back On?

You might be unsure of how to turn on your DJI Mini 2 controller once you’re ready to do so. By itself, pressing the power button only displays the controller’s battery level. You have to take the exact same actions you did to turn it off in order to turn it back on. To do this, press and hold the power button twice until the controller beeps. The controller has now turned on, as indicated by this. What happens, however, if you try this approach and it somehow fails?

In addition to following the steps listed above, the battery being low is the most frequent cause of the DJI Mini 2 controller not being able to turn on. The DJI Mini 2 controller, thankfully, uses a rechargeable battery. This lithium-ion battery has a milliampere capacity of 5200 mAh. This indicates that all you need to do to fully charge the controller is plug it in using a USB cable.

Make certain that it is plugged into a USB port that can charge relatively quickly. The DJI Mini 2 controller should, under ideal conditions, be able to be fully charged after four hours. You must use an 18W charger, it is assumed. If the power is any lower than that, it will charge relatively slowly, and if it is any higher than 18W, your controller could be in danger. If you can avoid it, make sure to let the battery charge all the way to full capacity before you stop charging because doing otherwise may reduce the DJI Mini 2 controller’s long-term battery capacity.

Along with possible battery problems, the controller might also be harmed in some other way, making it incapable of performing as intended. There are two possible ways for this to happen. First, even when the battery should be fully charged, the controller may not have power. The second possibility, on the other hand, is if the camera feed isn’t working, which may indicate that there’s a problem with the monitor on the controller or the camera on the drone. It’s also possible that the power button is stuck in some way, making it impossible for you to turn the DJI Mini 2 controller on or off.

It’s possible that the DJI Mini 2 is currently frozen and needs to be restarted if the standard method of turning off the controller is not functioning properly. This might be easier to see if the controller’s screen is frozen and doesn’t correspond to what the drone is seeing. In this situation, attempt holding the power button pressed for ten seconds. The DJI Mini 2 controller should eventually drift off on its own.

Can DJI Fly App Be Used To Control The DJI Mini 2?

It would be nice if you could use the DJI Fly app to enhance your DJI Mini 2 experience, but sadly it serves primarily as a platform for sharing your DJI Mini 2 content. You can review tutorials that will improve your drone piloting skills in addition to the social media features.

You May Also Like: How Far Can DJI Mini 2 Fly?

How long does the DJI mini 2 take to charge?

If you are charging your Mini 2 battery inside the drone, it will take approximately 1 hour and 20 minutes to fully charge with an 18-watt charger.

How long can a DJI Mini 2 battery last?

According to DJI’s website, the Intelligent Flight Battery in Mini2 lasts 31 minutes. Even in strong winds, the Mini 2’s wind resistance features make sure that you don’t lose flight time.

How to check the battery on my DJI Mini 2?

Go to safety, select the battery, and then click the arrow next to it to reveal the number of cycles the battery has undergone by pressing the three buttons in the top right corner of the screen. 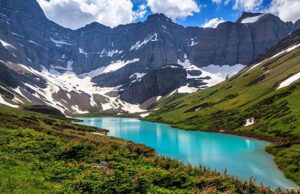 Previous post Can You Fly Drones In National Parks? Things To Know