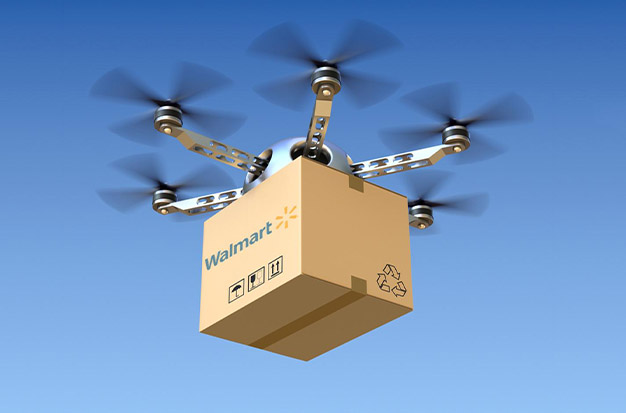 Ever wondered how much weight a drone can carry? Here is what I discovered after conducting extensive research.

Types Of Drones And Their Weight Limits

In aerial photography and search and rescue missions, microdrones are employed. Lightweight items that weigh between 4.5 and 44 pounds (2 and 20 kg) can be lifted by them, including vlogging cameras and search cameras.

Large payloads can be carried by heavy lift drones. From a high vantage point, they are employed to capture picturesque scenes for movies. These drones are able to lift bulky cameras that a man cannot lift by himself.

Consumer drones can be used to deliver small items and can carry less weight. You should be able to use anything that weighs less than half a pound.

A hybrid of consumer and business drones is the prosumer drone. The maximum weight it can support is 6.5 pounds (3 kilograms). Door-to-door package delivery is done with consumer drones like Prime Air. They are ideal for carrying average weights. For secure package delivery, they make use of sophisticated technological systems.

They are remotely controlled by a stationed operator and have four to eight propellers. While flying, the drone’s operator can keep tabs on its movements. To obtain real-time flight data of the drones, various drone delivery software uses technologies like 4G and GPS. Drones can safely land and take off thanks to the operator’s thorough location tagging system.

What Elements Have An Impact On Drones’ Carrying Capacities?

We are aware that the carrying capacity varies from model to model, but this variation isn’t arbitrary; there is a science behind it.

To simplify things, we can condense the complexity of drone flight into a handful of variables that account for the payload size.

A drone’s carrying capacity is influenced by its total weight, the motor’s power, the propellers, and the battery it uses. However, the flight is entirely dependent on a setting that is conducive to a drone’s operation.

These elements determine the stability and length of a drone’s flight. What function does each one, though, actually serve? Check it out, shall we?

The size and purpose of a drone are specifically described by its type.

Smaller drones aren’t typically made to lift any sort of extra weight. In light of this, they have simpler, lighter components.

Professional drones, however, are designed to be a part of a system with a more defined purpose. They are equipped with more and stronger propellers to make that happen.

These parts produce the upward thrust needed to lift anything heavier than the drone.

Only the proper battery type will enable a motor to run.

A drone with a strong motor will use more energy, necessitating the use of a battery with a larger capacity. Large batteries also increase the system’s weight, which only serves to restrict it.

Additionally, a heavier payload will shorten the flight time of the drone and affect its agility.

Although it might seem a bit obvious, the drone’s engine is crucial to a flight and is important for understanding the payload capacity.

A drone’s power-to-weight ratio rises with a stronger motor. This enables it to produce more lift and, as a result, carry a heavier payload.

Why not simply equip each drone with a potent motor? There is a catch, that’s why.

How Much Weight Can A Drone Carry In Total?

Let’s jump right to the question that seems to be on the minds of all drone enthusiasts.

I did some research to learn which drone currently holds the record for heavy lifting and just how advanced drone technology is.

There is evidence that the Griff 300 can support a gross weight of up to 300 kg. As a result, the Norwegian drone outperforms its rivals with a staggering payload capacity of 225 kg. However, it’s possible that more potent drones simply haven’t been made public yet.

Another notable feature is that the drone has a flight time of 45 minutes with that load attached.

Its use in various industries is made possible by this as well as the enormous yet adaptable design.

For use by the military, law enforcement, and other support services, the Griff 300 is specially designed. The flight of this object can be quickly viewed here.

Why Is Drone Payload Capacity Important?

You might be wondering at this point how crucial payload is to the bigger picture. Is it truly a make-or-break issue for drones?

The problem is as follows: drones on their own are practically just toys. In actuality, the heavy-lift models are the ones that are most useful.

How adaptable a specific drone is is determined by its payload capacity. A larger lifting capacity enables you to connect the drone to additional technology, instantly increasing its processing power and versatility.

The possibilities are endless, but these upgrades might include high-end cameras for cinematography or LiDAR technology for digital mapping.

And that’s not all. Some larger drones are simply used for the purpose of carrying. Modern industries are about to undergo a revolution thanks to their ability to lift heavy objects.

What Happens If You Weigh More Than The Drone’s Recommended Maximum?

Consider a scenario in which you discover the information in this manual a little too late. You became excited about all the add-ons your drone could utilize, including everything from propeller guards to a carrying case for your smartphone so you could record the action as it happened.

How will you know if you’ve put on too much weight? You’ll know for sure from your drone. Observe the warning signs listed below.

Your drone is nearby, and you move closer to touch it. Touching it produces heat. You can feel the heat produced by the overworked motor because it was under stress.

The engine might not have been destroyed if you had only flown your drone briefly. You can take your drone home, charge it, and give it some time after it has had a chance to cool off. Possibly, it will reanimate.

However, if your drone were to be pushed to the point where it crashed, both the motor and the drone may be destroyed.

Although it’s in the air, your drone isn’t performing well. Your drone zigzags and zags like there’s no tomorrow even though you’re maintaining a straight flight path (or trying to, at least). The drone still won’t want to fly in the direction you asked it to if you try a personalized flight path.

Additionally, the sound you heard during takeoff is much louder now.

Your drone is currently having difficulty staying aloft. It can only maintain that, so it only flies in fits and spurts.

Your drone is working harder and harder, which is why the whirring or screeching noises—which are probably coming from the motor, by the way—are getting worse. It won’t be long before it becomes impossible to continue.

If your drone’s payload capacity is particularly low (under several pounds), there is a good chance that it won’t even take off when you add too much weight. The drone is simply unable to support both its own weight and the weight of the extra accessories you’ve added.

If your drone is brand-new and otherwise in good condition, you might occasionally strike it lucky. Even though it is under strain, a drone with a respectable payload may still be able to ascend into the air. While flying, the drone won’t move very quickly, and you might hear parts whining and screeching.

And given that your drone is descending, it appears that moment is now. Although it’s possible for the drone to land softly, it will probably crash. This probably happened when you weren’t flying the drone too high.

You can still operate the drone, but your remote no longer works. Your drone is unable to fly because the motor overextended itself and may have broken.

How Might You Boost The Lifting Capacity Of Drones?

To make the most of a drone, there are certain steps you can take. Here are some pointers to help you get going in the right direction if you have one of your own:

If you are unaware of the specifications of your drone, your test flight would likely be useless.

As a result, be sure to quickly read the user manual and other experts’ reviews. By doing so, you’ll be able to avoid unneeded mishaps and get a better idea of what your drone is capable of.

Use The Right Accessories

There are many products on the market today that will make your job as a pilot much simpler. Instead of just using strings and tape to hold the additional weight, think about using a frame.

If you want to lighten the weight of your drone, you might think about removing some of its accessories, such as the propeller guards. You’ll have a lot more room to maneuver if you tailor your drone to a particular objective.

In addition, a battery upgrade might be effective if you’re serious about enhancing overall performance.

It’s crucial to start out with a low-cost model or one you don’t mind breaking.

But after you’ve gone through all the learning phases and have honed your skills, it might be time to upgrade to a heavier model. In a flash, you’ll have a longer flight time and a bigger payload to work with.

You’re very likely to find a professional drone that’s ideal for your particular needs because they come in a variety of sizes and shapes.

Before you start loading up your drone, be sure to read over the manual and the drone specifications so you don’t overload it and cause an accident. Determine the amount of flight time you will have and the power loss caused by the additional weight.

Ensure that you distribute the weight evenly across the drone so it doesn’t drag to one side and cause the drone to flip.

We recommend also using some type of frame to hold the extra payload. The majority of commercial drones made for lifting will have some sort of frame.

Start with something light and less expensive for your test flight and gradually builds up the weight.  If you’re flying a heavier object than you’re accustomed to, you should probably practice your flying. For tutorial videos, YouTube is a fantastic resource.

The size of the drone in question and the purpose for which it was created will both have an impact on the response when it comes to drones. Drones may eventually be able to go beyond the constraints of their initial purpose and design as drone technology, along with other aspects of their design, advance. Enjoy your drone and all of its features while they last! 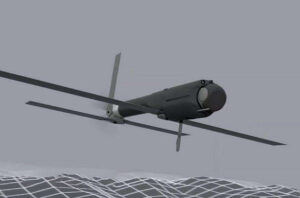