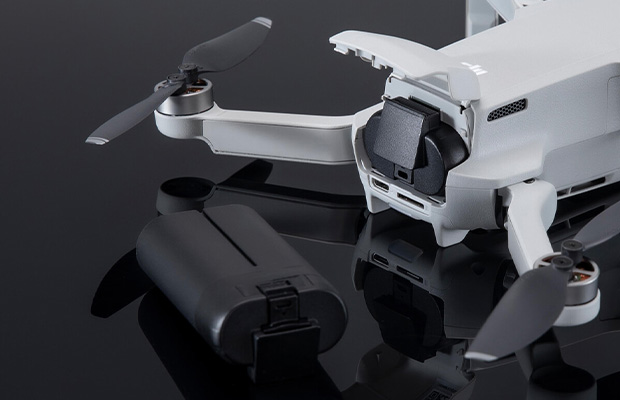 The DJI Mini 2 drone is one of their smallest models yet. It can also record 4K videos. However, your Mini2’s Intelligent Flight Battery will eventually need to be recharged.

How long to charge DJI Mini 2 battery? If you look in your manual for the Mini 2, it mentions that the batteries should take approximately four hours to fully charge.

The battery, its charging, how long to charge the DJI Mini 2 battery, and other details are covered in this comprehensive guide. Keep reading!

What Kind Of Battery Does DJI Mini 2 Use?

First, let’s talk about the battery. Buying the DJI Mini 2 includes it! A lithium-polymer 2S battery, it is DJI’s Intelligent Flight Battery. LiPo, or lithium-polymer or lithium-ion polymer, is an acronym. Li-poly or LIP is a common acronym for this kind of battery.

LiPo batteries don’t have liquid electrolytes in them. They have a polymer electrolyte instead. An extremely conductive semisolid gel is present in the electrolyte. As a result, the battery can charge very quickly.

The lightness of LiPo batteries is well known. Your smartphone’s battery is a LiPo, just like those in all other mobile devices like tablets and other smartphones. Except for small aircraft and drones, LiPo batteries are not likely to be found in electric cars.

Your Mini 2 batteries have charged for the required four hours, and you are now prepared to fly your drone. How long will you be able to fly before you need to recharge the batteries on average?

According to DJI’s website, The Mini 2’s Intelligent Flight Battery has a 31-minute continuous runtime. Even in strong winds, you won’t necessarily lose much flight time because the Mini 2 has wind speed resistance features.

The Sim Too Pro and the Autel Robotics EVO Drone, both of which can fly for 30 minutes, are beaten out by the Mini 2 in terms of the longest flight times of any drone currently on the market. The flight time of the Mini 2 is outstanding, even for DJI drones.

How To Charge DJI Mini 2 Battery?

Basically, there are two ways to charge your Mini 2 battery. Either the drone or the 2-way DJI mini 2 battery charger, also known as the charging hub, can be used to charge it.

If you purchased the standard Mini 2 model (not the fly more combo), you will not also receive the charging hub and the extra 2 batteries.

In this situation, you’ll need to use the drone to recharge your battery. However, you can buy the charging hub separately as well on Amazon (Amazon Link)

If you purchased the Fly More Combo version of the Mini 2, your drone will already have the 2-way charging hub and two extra batteries to give you three times the flight time.

All three batteries can be overnight charged using the charging hub.

You can leave all 3 batteries inside the charging hub overnight if you have an early morning flight session and will wake up to fully charged batteries.

Sequential battery charging is done by the charging hub. The order of charging is: first the battery with the highest charge level, then the next, and finally the last.

It can charge other USB-powered devices in addition to your drone batteries, which is why it is referred to as a “two-way” charging hub. It has a typical USB outlet port that you can use to charge your phone or any other device.

Use the charging hub to charge your drone batteries by following these instructions.

You can also charge your battery using the drone if you don’t have a charging hub or if you bought the Mini 2 in its base configuration without a hub and extra batteries.

Put your battery inside the drone’s compartment, then use the USB-C cable to connect the drone to any charging brick.

Your drone should come with a USB-C cable, but you can also use any other USB-C cable for this.

Battery charging for your drone takes time, just like it does for your smartphone. For better results, you should always use the recommended 18 Watt charger

If you are charging your Mini 2 battery inside the drone, it will take approximately 1 hour and 20 minutes to fully charge with an 18-watt charger.

When the temperature and humidity are within normal range, the time is ideal.

If you are charging with a two-way charging hub, all the 3 batteries will be fully charged in 4 hours with an 18-watt charger. It may take longer if you are utilizing a different charger with lower power output.

Since the Intelligent Battery Management System supports quick charge, your drone’s or charging hub’s LED lights will flash rapidly while your batteries are charging in quick charge mode.

The LEDs will flash more slowly when it is charging normally.

Use a third-party charging hub like this one, which supports parallel safe charging, if you want to take it a step further and charge all of your batteries simultaneously to get them fully charged quickly.

How To Know When DJI Mini 2 Battery Is Fully Charged?

You can’t always wait four hours, come back, and expect your batteries to be fully charged because there are so many variables that can affect the Mini 2 battery charging time. What signs can be relied upon to inform you when the batteries are fully charged?

It will be made clear to you by the Four LEDs of the Two-Way Charging Hub. Here is a description of each LED readout.

To reduce battery aging and damage, the LiPo cells used in the Mavic Mini 2 must be stored correctly at the proper voltage.

Fortunately, the Intelligent Flight Battery takes care of this problem for you, so you don’t need to do anything special.

All you need to do to store your drone for an extended period (perhaps a month while you are away from home) is to install the battery inside the drone or the two-way charging hub after fully charging it.

The battery will be discharged to below 70% by the auto-discharge feature, where it will remain.

The battery goes into hibernation mode if it has been stored for a very long time in order to avoid being discharged to 0%. By doing this, the battery is protected from damage during long-term storage.

For a few hours, you must charge the battery directly through the drone to reactivate it in order to wake it up from its state of hibernation.

How To Discharge DJI Mini 2 Battery?

All batteries will self-discharge to some extent, even when they are not connected to a power source. LiPo batteries are also capable of self-discharge, though electrolyte-filled batteries tend to discharge more frequently.

The type of battery and ambient temperature both have an impact on the rate of discharge. Temperatures over 131 degrees Fahrenheit, or 55 degrees Celsius, cause a significant increase in discharge.

Self-discharging is typically viewed negatively because a discharged battery loses energy, but it’s not always the worst thing that can happen to a LiPo battery. The battery may start to swell if it is overcharged or kept at full capacity.

The LiPo battery could blow up as a result of the gas and heat that build up inside. In the worst-case scenario, the battery might even start a fire.

Fortunately, batteries swell up rarely, but how do you self-discharge the DJI Mini 2 battery if you have to?

It’s easy: just remove your Mini 2 battery from the Two-Way Charging Hub to discharge it. Eventually, it will gradually self-destruct.

That’s how simple it is, yes. A user who had trouble getting their batteries to discharge posted in this DJI forum thread. Other users commented, saying they had left their batteries in the Charging Hub for up to a month and they had experienced no self-discharging at all.

Observe the battery level after it has been removed from the charging hub because a self-discharging battery gradually loses power. Check back later to learn how to find out how much power your Mini 2 batteries still have!

How To Remove The Battery From DJI Mini 2?

Your DJI Mini 2 battery must first be taken out of the drone in order to be charged in the Two-Way Charging Hub. It can be a little difficult for some Mini 2 owners to remove the battery from its holder.

There is a small tab on the bottom of the battery that you must push in order to release it so it can slide out. To unlock the lock, push this firmly in. Then, slide the battery out of the slot while holding the tab in place.

Use enough force to fully release the battery before attempting to slide it out because the battery may feel tight fitting in a new drone or the tab button may be a little stiff. Do not, under any circumstances, attempt to pry the battery out with anything as you risk damaging the drone and/or the battery.

The Mini 2 Battery Problem Of Dji

The lifespan of LIPO batteries can be shortened by overcharging or undercharging them. DJI has addressed this issue by incorporating a controller chip into its batteries.

When not in use, the chip will automatically deactivate the battery, or when the charge drops below 10%, it will put the cells into hibernation.

When the batteries are inserted, the charging feature on the majority of DJI drones automatically begins. Even drones with batteries like those in the DJI Mavic Air 2 are capable of using this feature.

When the controller is used, the battery enters a “semi-sleep” mode, using very little power. There is no auto-discharge started by the DJI Mini2 drone. The Mini2 batteries continue to be operational and ready to use.

How To Properly Dispose Of The Batteries?

We’ve covered all the essentials for using Mini2 Intelligent batteries securely. As the electrolyte evaporates, the batteries eventually lose their capacity to hold a charge.

It will be necessary to replace them with newer ones and dispose of them properly.

However, improper handling can quicken the process of deterioration and reduce the usable life of the batteries. Which moment is ideal for letting go? Continue reading.

The Battery Starts To Smell Sweet

What emits the sweet smell is the electrolyte in the battery. This indicates that the battery’s outer seal has failed or that some of the cells are damaged. It is best to properly dispose of this battery.

The battery swells and puffs up as the electrolyte degrades. If the battery is used properly, this occurs naturally and frequently goes unnoticed.

The battery may swell and sag as a result of improper handling, which accelerates the electrolyte’s evaporation. Because of the trapped oxygen inside them, puffy batteries can be hazardous to use and charge. Any puffy LiPo batteries should be thrown away right away.

How Far Can DJI Mini 2 Fly?

DJI Mini 2 can transmit data for up to 10 kilometers. Compared to the first Mavic Mini, this is 150 percent more.

What Is The DJI Mini2’s Battery Life?

Additionally improved is the battery life. The motors in the Mini 2 have been improved to be more potent and effective. The battery life now has a 31-percent increase from 30.

Many users use the Two-Way Charging Hub to recharge the Intelligent Flight Battery that comes with the DJI Mini 2.

The Mini 2 intelligent battery will eventually need to be replaced, but by exercising proper care, this can be delayed. It will be safer to use your drone.

We hope this post has given you more insight into your battery if you’re new to the fascinating world of DJI drones. 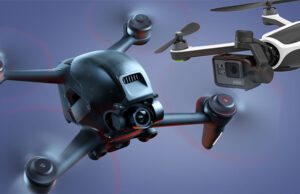