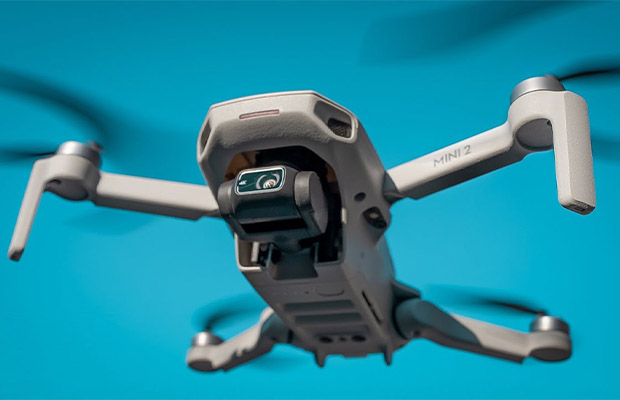 Drone technology and features are advancing quickly along with their popularity in modern times. If you’re thinking about buying the DJI Mini 2, you might be wondering if it has an obstacle avoidance feature.

We will discuss what obstacle avoidance is, its advantages, and how to fly without it. Let’s start!

What is Obstacle Avoidance?

The drone’s ability to avoid obstacles caused by any stationary object while flying in a straight line and taking pictures and videos is one of the best features DJI has incorporated into their drones. Some drone types have obstacle avoidance sensors on only the bottom side of the drone, allowing it to land or return to its base automatically. However, the majority of DJI drones have obstacle avoidance features that are secure from all angles.

What precisely does the Obstacle Avoidance feature do? In its simplest form, obstacle avoidance refers to the drone’s ability to navigate around stationary objects like mountains, structures, trees, and power lines without colliding with them. The obstacle avoidance sensors continuously scan the immediate area and identify obstacles in real-time. Even at high speeds, the flight system automatically takes steps to prevent a collision.

But how exactly does the obstacle avoidance function? With Obstacle Avoidance, the drone has a visual sensing system integrated with ultrasonic sensors and visual cameras to continuously scan the environment and detect obstacles in real-time to avoid any collisions.

Does DJI Mini 2 Have Obstacle Avoidance?

You may already be aware of this feature, as DJI is well-known for it, as it is present on the majority of its drones. But even among DJI drones, some may have superior Obstacle Avoidance functionality because they feature better sensors and related technology. The point is that the Obstacle Avoidance feature is present on the majority of DJI drones. Nevertheless, is this feature available on the DJI Mini 2?

Due to how small and light it is compared to other drones, the DJI Mini 2 is a very well-known drone. In terms of weight and size, this drone is somewhat similar to a toy drone, but it has fairly sophisticated technology and features.

It goes without saying that the popularity of this drone is largely due to how convenient it is to transport them wherever you go because of their lightweight frame construction. Additionally, the DJI Mini 2 is very popular because, at 249 grams, it does not require you to register your drone with the FAA, which only applies to drones weighing at least 250 grams. With all of these advantages, it is simple to see why the DJI Mini 2 is so well-liked by drone enthusiasts.

You should be aware of the DJI Mini 2, though, as it does not include the same comprehensive set of features that other DJI drones do. One example of this is the lack of an obstacle avoidance feature on the drones. In short, the DJI Mini and Mini 2 do not have the Obstacle Avoidance feature that is present in the majority of the DJI’s other drones.

The DJI Mini and Mini 2 don’t have the Obstacle Avoidance feature primarily due to their small size. DJI wanted to keep the Mini line’s weight under 250 grams, so some features that would have added weight had to be eliminated. The reason DJI did not include an Obstacle Avoidance feature in Mini and Mini 2 is because it would almost certainly cause the drone to weigh more than 250 grams even though it might not require the addition of electronic components to function properly.

In short, the DJI Mini 2 is so minimally equipped that it lacks a wide range of features that users might have found quite helpful. But that doesn’t mean the DJI Mini 2 drone is useless for other uses. Even though it lacks popular features found in other DJI drones, such as the Obstacle Avoidance feature, this drone is still very functional.

How to Fly Without Obstacle Avoidance?

if you decide to purchase the Here are my top suggestions for making sure you can always return your drone safely if you have a DJI Mavic Mini 2 and want to ensure that you fly safely even without obstacle avoidance.

Always Keep a Line of Sight

Make sure to always keep your drone in line of sight no matter what you are doing with it. You must abide by this law and regulation in some nations.

I always make sure I have a direct line of sight when operating my drone so I can see that there is room all around it. You’ll need to exercise extra caution if you don’t have an obstacle avoidance system.

If you can, stay away from areas with overhanging obstacles so that you won’t be caught off guard by a small branch or wire.

Large open areas like parks, fields, and ovals are where I like to fly my drone. These places guarantee that there are no trees nearby and that I won’t trip over any dangling wires. A crucial step in determining the safety of your flight is to conduct a thorough inspection of the area before takeoff.

Have Someone With You

I would advise bringing a copilot along if you are a beginner or must fly in an especially hazardous area so they can keep an eye on the drone at all times. While trying to capture the ideal shot for a client or for fun, I have become very sidetracked.

When your focus is on a screen rather than your drone, it can be very simple to follow a subject into an area that is dangerous and full of overhanging objects.

Even having a companion can help you spot things that you might have missed otherwise by going over the obvious safety precautions of the drone flight.

It’s also a lot of fun to fly a drone with someone else.

Benefits of Having An Obstacle Avoidance Drone

Every drone pilot desires fewer drone crashes. It happens frequently for drone pilots to become disoriented while flying, resulting in the drone crashing into something or moving sideways. Due to outside factors like wind, your drone may occasionally lose control and crash into a tree, a building, or a pole.

The majority of drones are equipped with a transmitting system that relays real-time video from the drone camera to the remote control, tablet, or smartphone. But this video transmission might be lost by your drone. When you have poor GPS signals, it typically occurs. Check outhow to get better drones’ GPS signaling.

It is impossible to fly back home safely if there are obstacles in your drone’s path if you have flown it far away without an obstacle avoidance feature. To give one example, there is a good chance that your drone will crash into some trees if you fly it through some trees and then press the RTH (Return to Home) button to get it back to your house.

However, there are other reasons why drones crash into trees as well, such as weak signals. Here is a detailed article about whether trees block drone signals or not.

Since the GPS frequently malfunctions and forces the drone to rely on its optical location system, flying inside is challenging. The best option for cheap drones isn’t always to rely on the optical positioning system, so obstacle avoidance will increase safety when flying close to objects like furniture, walls, and people.

For filming and flying in confined spaces, such as in dense forest, through small arches, over electricity poles, etc., obstacle avoidance drones offer the biggest advantage.

These drones are able to capture beautiful images and videos in tight spaces, such as when they pass through a small arch. A drone will change its course to avoid a collision and continue on its intended course if it detects any obstacles in its path.

The DJI Mini 2 does not feature a Follow Me mode, even though many other DJI drones do. Due to the reduction in weight, Mini 2’s overall weight is now under 250 grams thanks to DJI’s streamlining efforts. Although the drone lacks an integrated Follow Me feature, there are hacks that can make it function similarly.

Related Read: Does DJI Mini 2 Have Follow Me Mode?

Does DJI Mini 2 Have Return to Home?

The aircraft is able to automatically return to its Home Point when the remote controller signal is lost or the battery level is low, as well as being able to hover indoors at low altitudes.

Does the DJI Mini 3 Pro Have Obstacle Avoidance?

The DJI Mini SE does not come with obstacle avoidance sensors on the front, rear, top, sides and only has them on the bottom.

Does Mavic Air 2 Have Obstacle Avoidance?

Yes, it has obstacle avoidance.

Therefore, obstacle avoidance is absent from the DJI Mini 2. However, it does have a system for automatically landing that detects gravity downward.

Many DJI drones have obstacle avoidance features, the majority of which are listed above. Drones will fly more steadily and securely if they have more safety features. If you want to learn more about DJI, read our post on DJI Mini 2 Vs Mavic Mini. 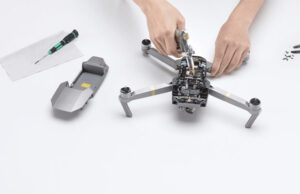 Previous post Is DJI Care Refresh Worth It 2022? Things To Know 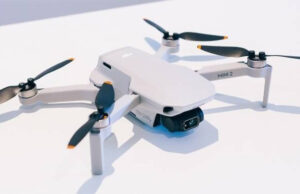