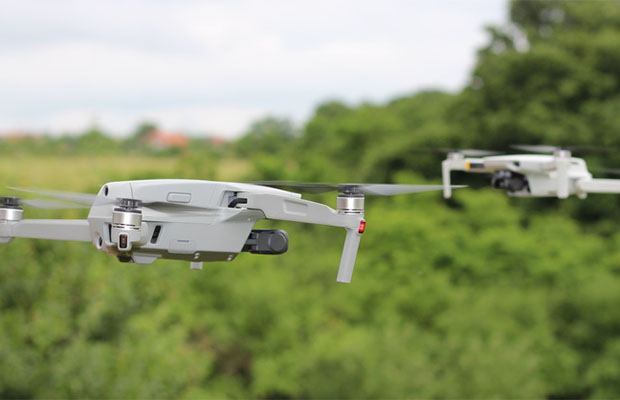 There are several Minis made by DJI: DJI Mini 2 and  Mavic Mini are both the right weight, but which one has the features you need?

There are some similarities: the Mavic Mini and Mini 2 both have automated QuickShot modes, the DJI Fly companion app, and the same image sensor.

Mavic Mini is the best option for beginners, but DJI Mini 2 takes everything that makes it the best choice and enhances it with features that make it more user-friendly and convenient. It is ultralight, powerful, and simple to operate.

The DJI Mini 2 differs from the Mavic Mini from 2019 in these five key ways. The Mavic Mini will continue to be offered as an even more affordable substitute…

One of our main complaints about the DJI Mavic Mini was that it could only record videos at a maximum resolution of 2.7K/30p rather than 4K. With a top-of-the-line 4K/30p mode that it can record at a bit rate of 100Mbps, the Mini 2 takes care of that.

The Mavic Mini could only shoot at 40Mbps, so the Mini 2’s combination of resolution and bit-rate should represent a significant improvement in video quality, especially if you’re shooting for the big screen.

However, the larger 1/2-inch sensor and 120Mbps bit-rate of the DJI Mavic Air 2 represent a further improvement. The Mini 2 actually has the same 1/2.3-inch sensor as the Mavic Mini, so we’re a little bummed that the new model still doesn’t have a 2.7K/60p mode.

However, because of its 3-axis gimbal, it offers better overall quality than the majority of other entry-level drones, and the higher resolution allows for a 2x lossless zoom when shooting in 1080p (or a 4x digital zoom if you’re willing to sacrifice image quality).

In order for the drone and controller to communicate, DJI uses various transmission systems for various models. As was the case with the DJI Mavic Mini, its entry-level drones frequently employ enhanced Wi-Fi. The Mini 2 has a more sophisticated proprietary system called Ocusync 2.0, though, surprisingly, thanks to a new controller.

This means that, in contrast to the Mavic Mini, you will be able to fly the Mini 2 from a much greater distance and view its video feed. The former’s maximum range is 4 km, but its successor promises to be controllable via a dependable HD video feed from as far away as 6 km (in Europe) or 10 km (in FCC-compliant nations like the US and Australia).

This is because Ocusync 2.0, which we recently saw on the DJI Mavic Air 2, supports both the 2.4GHz and 5.8Ghz frequency bands and automatically switches between the two based on signal strength.

Those are the maximum distances, so it’s important to keep in mind that in more populated areas with lots of competing signals, you’ll get a range of between 3 km and 6 km. The most recent drone regulations also state that you must always keep your drone in line of sight.

3. The Mini 2 Has More Powerful Motors

We’ll have to wait to see precisely what effect this has on the Mini 2, but DJI claims that it has upgraded motors in comparison to the Mavic Mini. This has a few relatively helpful but minor effects on how well it flies.

In its fastest ‘Sport’ mode, the Mini 2 can ascend at 5 m/s compared to the Mavic Mini’s 4 m/s. This is the Mini 2’s first advantage over its older sibling. Additionally, the top speed of the new drone is higher at 16 m/s as opposed to its predecessor’s 13 m/s.

The Mini 2 also appears to be able to withstand slightly stronger 24 mph winds, which is significant for a small drZne that frequently struggles in windy conditions. Both drones can be flown in really windy conditions, despite the fact that this is, once more, not a significant improvement over the Mavic Mini.

The Mini 2’s slightly longer 31-minute flight time, which is a minute longer than the Mavic Mini, is nonetheless reportedly attributed in part to the new motors.

Mavic Mini’s 2.7K video resolution is lower than DJI Mini 2’s 4K/30fps video resolution, which provides better footage for those who want content that looks more professional. An aerial view of your vacation will definitely impress friends and family.

A further option offered by the DJI Mini 2 is 4x digital zoom. You can safely record your subject without getting too close to your family, friends, or pets.

While DJI Mini 2 supports both JPEG and RAW in photo mode and timed shooting, Mavic Mini only supports JPEG, giving it less flexibility for post-processing.

5. The Mini 2 is Pricier Than the Mavic Mini

It has cost more money to add these extra features to the DJI Mini 2 than it did to launch the Mavic Mini; in fact, the new drone’s price has increased by 14%.

The DJI Mavic Air 2, which starts at $799 / £769 / AU$1,499, is now just a little bit more expensive than the Mini 2, despite the fact that the DJI Mavic Air 2 is still (on paper) the far superior drone in its price and weight category. Soon, we’ll bring you a thorough review to inform you of the situation.

Many drones have so-called “intelligent Flight Batteries,” including Models from DJI that cost more money and have one-press charge meters built in. Surprisingly, the company abandoned this strategy with the first Mini, choosing instead to incorporate the meter into the airframe.

This strategy is maintained in the Mini 2 with batteries that are very similar but technically unrelated and incompatible. A button and four white LEDs are located on the drone’s bottom in both instances. These give a rudimentary histogram of the battery’s remaining power, or a “charging” animation, for the drone’s battery; they are thus almost as accurate as ones on batteries, but easier and less expensive to produce.

Using a USB-C connector on the drone’s back, which can be connected to a device like your phone charger, you can charge either the Mini 2 or the Mavic Mini. Although it is somewhat ironic that phones may soon stop using charging cables, DJI seems to have made the right decision because the socket is much lighter than a wireless charging coil.

The Fly More kit comes with a Charging Hub, an optional accessory that can charge up to three batteries in sequence directly from the mains or be used as a bower brick to top-up your phone. Charging in the drone keeps costs down, leaves less to carry, and still takes less than 2.5 hours.

Though the 2020 models are both grey rather than black and have actually reduced from 2,400mAh capacity to 2,250mAh, the hub and batteries on the Mini 2 and Mavic Mini are very similar to each other.

The Mavic Mini is the ideal drone for beginning users because of its portability, simplicity of use, and an impressive selection of intelligent features. With the help of this tiny drone, aerial creativity is made simpler.

The DJI Mini 2 has a small but mighty frame that combines strength and portability. Mini 2 outperforms Mavic Mini in every way, providing a safer flight experience, improved transmission stability, and better intelligence features. The Mini 2, with its 4K/30fps video and OcuSync 2.0 transmission method, is the obvious choice for regular drone pilots.

Why do you still wait? Get your DJI Mini 2 at the DJI Online Store right away to start making your moments fly! 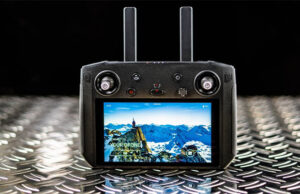 Previous post Is DJI Smart Controller Worth It? Everything You Need To Know 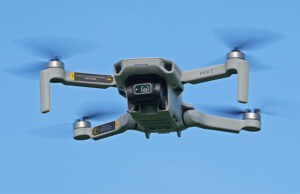