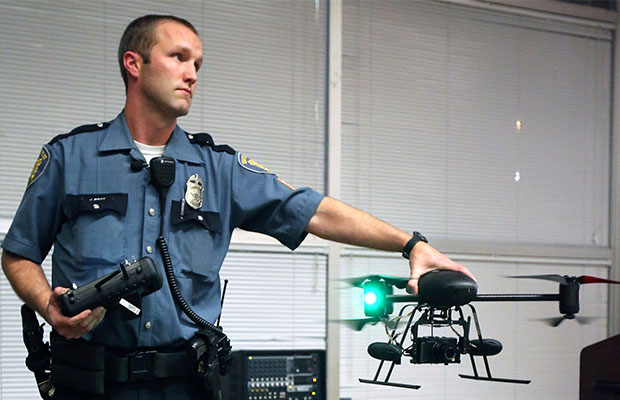 The techniques used by law enforcement to gather evidence and solve crimes evolve along with technology. Law enforcement officers today are able to conduct searches using drones, which can fly over land and collect video footage and photos

But can police use drones without a warrant? Yes, some police departments currently must get a warrant before they use police drones or any type of unmanned aerial vehicle for surveillance purposes whereas others are not required to do so.

Police drone use is still subject to legal and regulatory snags that need to be resolved. Right now, the sky remains entirely under the control of the federal government. The Federal Aviation Administration (FAA) must therefore be contacted in order for police departments and other law enforcement organizations to request permission to use police drones. The FAA, in turn, bases its decision on whether or not to allow a specific police department to use drones solely on public safety concerns.

Nevertheless, once a police department is given permission to use drones, the various civil rights and privacy laws that might potentially apply are governed by each state legislature as well as the laws made by local governments, i.e. county and city governments.

It should be noted that members of the US Senate and US House of Representatives have introduced bills that would make it necessary for police departments in all US states and localities to obtain a warrant before using police drones. Despite the fact that these early drone bills were defeated before a vote could be held, similar legislation is anticipated to be introduced soon.

Read More: How To Get A Drone License?

How Are Police Departments Using Drones?

There are lots of good reasons why police departments have so readily embraced drone technology. Drones offer low-profile, affordable, and simple to use aerial support. Drones of today’s generation can be equipped with tools and sensors that will enable automatic navigation or give them access to cutting-edge features like thermal imaging and 3D mapping.

The following is a short list of the established use cases of drones by law enforcement agencies:

Drones are uniquely suited for use in search and rescue operations. They are able to cover large distances much more quickly than ground teams and can offer an aerial perspective of a search area. A more methodical search can be carried out by programming them to fly along a predetermined path.

United States police forces have taken to sending drones as advance parties in highly dangerous situations such as those involving hostages or active shooters. Small drones that can be flown into confined indoor spaces and have obstacle avoidance systems and high-fidelity FPV videos are useful in these circumstances. Some drones even come with glass breakers to help them gain entry.

Sending drones into such situations can help police assess the situation without having to expose anyone to unnecessary risk. Another tool for negotiation is a drone with two-way communication capabilities. In the event that situations occur during the night, these drones may also be equipped with thermal imaging capabilities.

It takes a lot of time and effort to properly document crime scenes. It often involves the participation of several investigators, yet it is still possible for some parts of a crime scene to get overlooked. Drones that are equipped with high-resolution cameras and 3D mapping tools have recently been used to supplement the work of on-site investigators.

This is helpful for recording the locations of accidents involving vehicles. Drones can perform quick flybys of an accident scene, capturing images and 3D models of the area. Researchers can enlarge on specifics or take measurements using these models. The use of drones allows for rapid documentation of accident sites so that normal traffic can resume as soon as possible.

Police have used drones to keep an eye on large crowds, especially during events that draw large crowds, like sporting events and parties. Using drones to monitor protests is undoubtedly one of the more contentious uses of drones by the police.

Law enforcement can keep an eye on the sky to track the expansion and movement of crowds. Additionally, it is helpful for keeping an eye out for any potential issues that might call for ground assistance.

In order to help enforce social distancing policies or to check on residents who had tested positive for the virus, police departments all over the world began using drones at the height of the COVID-19 pandemic. Additionally, warnings were blared through drones equipped with speakers.

Police agencies have also been known to use drones to help allied organizations with public safety tasks like firefighting or disaster relief.

Can Police Drones See in Your House?

Drones aren’t able to see inside your house unless it’s through the windows, as the camera technology required to see through walls doesn’t exist yet, even in the case of military use.

What Does a Police Drone Look Like at Night?

Red and blue strobe lights are used by police. If you are a few meters away from a police drone at night, one side of the drone will have a red light and the other side will have a blue light.

Related Reading: What Do Police Drones Look Like At Night?

Can Police Use Drones for Surveillance?

Drones allow police departments to survey crime scenes and search grids within moments of arriving on scene, and to do so much more comprehensively from the air.

Police departments’ use of drones is undoubtedly a contentious issue, and both sides have valid points to make.

The benefits of drone use for law enforcement and the wider arena of public safety have already been well-established. Many lives have already been saved by the use of drones in search and rescue operations, and potentially dangerous situations have been defused thanks to the tactical intelligence collected by drones. 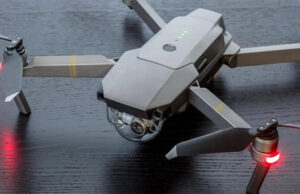 Previous post Novum Drone Reviews 2022: Is It Worthy To Buy? 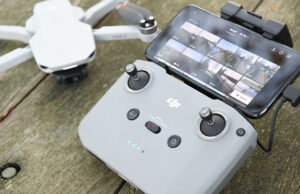