Skip to the content
Drone Beginners
Posted By admin

Even from the earliest days of drone technology there have been concerned citizen that have worries about the use of drones, in particular the risk to people’s privacy. As such most countries have developed laws restricting the use of drones, although sometimes these laws are having trouble keeping up with the rapid technological advances in the drone’s capabilities.

In most countries it is prohibited to fly Unmanned Aerial Vehicles (UAV) in commercial airspaces or within close proximity to airports.

Below we’ve given you a brief outline of some of the different laws around the world however it is important that you check your own local state, council or region for current regulations and laws in your area before taking flight.

Some examples of laws;
The Federal Aviation Authority FAA in the Unites States requires that recreation drones be registered and only allow the use of non-commercial drones restricted to 400 feet and below. In addition to this, it is prohibited to fly a drone above a person or any populated area.

The Australian Federal government recently passed laws requiring devices over 2kg to only be operated by licenced remotely piloted aircraft (RPA) Pilots. The devices may only be operated during the day, below 400ft and not within 30mtrs of any person not associated with the operation of the device.

Japan’s Civil Aviation Bureau (CAB) introduced similar laws in 2015, prohibiting night flying as well as flying during events. UAV’s must be kept below 492ft (150 meters) and 98ft (30 meters) away from people and buildings.

In the UK you are free to fly a drone as long as it’s for recreational use, not commercial, and your drone weighs under 20kg. Whereas the Irish Aviation Authority (IAA) requires that all drones over 1kg to be registered.

The European Aviation Safety Agency (EASA) is still catching up with the boom in UAV popularity. In 2015 EASA began a consultation process which resulted in 27 new proposals for rules that will be implemented over 2016 and 2017. 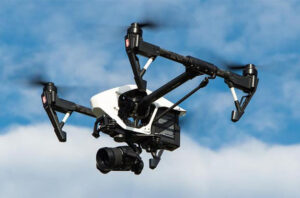 A Drone ESC Become a Drone Pilot Bring A Drone On A Plane Build A Drone Can I Fly My Drone in a National Park? Can I Shoot Down A Drone Can You Bring A Drone On A Plane? Construction Drone Drone Cost drone delivery Drone Delivery: The Future Of Logistics? drone fly DRONES Drones In Agriculture Drones In Construction Drones With Thermal Cameras Electronic Speed Controllers first-person view (FPV) drones Fly A Drone Fly A Drone Over Private Property Fly My Drone in a National Park FPV FPV Drone FPV Drones helicopters How Far Can a Drone Fly from Its Controller How Fast Can a Drone Fly? How Much Does a Drone Cost How to Become a Drone Pilot How To Use Drones In Agriculture Is It Illegal To Fly A Drone Over Private Property Long-Range Drone Long Range quadcopter Real Estate Drone Photography Register My Drone Shoot Down A Drone Should I Register My Drone? Switchblade Drones Thermal Cameras Use Drones In Agriculture Use Drones In Construction What Are Switchblade Drones? What is an FPV Drone